The reasons why F1 is perceived to be ‘boring’ at the moment are well documented and if you’re a bit bored of Mercedes scoring one-twos like they’re going out of fashion, then you’ll have your own opinions, too.

It’s OK if you settled down to watch the Spanish GP and were thoroughly underwhelmed. Every F1 season – even the best ones – has its fair share of dull and predictable races. This season has been particularly disappointing so far and – Valtteri Bottas’ performances relative to his teammate pending – sadly has the potential to end up like 2002, 2004, or 2015.

In other words, a bit rubbish.

While everything wrong with Formula 1 was evidenced in Spain last weekend, many other championships were able to demonstrate what they do right. For me, this only highlights F1’s issues even more. One minute you’re watching a procession, the next you’re seeing other series’ where the fight for the win goes down to the wire and the racing is close and unpredictable – sometimes on the very same track. That juxtaposition makes me sad, because Formula 1 should also be those things – and it has been those things. So, why can’t it be those things again?

Look at what else was going on outside Formula 1 this weekend. The Formula 2 feature race featured a sensational drive from Luca Ghiotto. After contact left him at the back of the pack, 15 seconds behind the next car, his chances of scoring points on a track like Barcelona looked minimal. And yet he was able to scythe through the field at an incredible rate while looking after his tyres in the process to end up finishing fourth, less than six seconds behind race winner Nicholas Latifi. That works out at around a second a lap faster than anybody else – in a spec series! Yes, his team had got on top of the car that weekend, but it was a case of a driver demonstrably making a difference.

The race also had a real mix of strategy – some drivers started on the soft tyres and pitted early, others started on the mediums and ran long, hoping for a pace advantage in the closing stages. Neither one looked particularly right or wrong, leading to the magic thing all racing hopes to achieve – uncertainty. To be fair, there was also a bit of strategy variation in the grand prix, but be honest – did you ever really feel like it was going to completely change the course of the race?

The Formula 3 races were also surprisingly not bad. Some sort of action was always going to be guaranteed with a massive 30-car grid, but there was also plenty of overtaking towards the front. Nothing to rave about, sure – both races were merely OK. At the moment, though, I’d love for an F1 race to be ‘OK’.

Both Formula 2 and Formula 3 proved that Barcelona is a track where good racing is possible. DRS and safety cars helped, yes, but F1 also has both of those things, and they did almost nothing for the Grand Prix.

Away from Barcelona, Formula E had its biennial round at the shortened version of Monaco. The last two races there were pants so my expectations were low, but incredibly the race had a bit of everything. The four-way fight for the lead was largely static, but very close, while in the midfield drivers found all sorts of creative ways to overtake, from sudden lunges at Ste Devote to moves around the outside of the hairpin, and even a cracking move from Robin Frijns into Tabac.

IndyCar had the snappily-titled IndyCar GP from the Indianapolis road circuit – another track which isn’t always known for thrilling racing – and that ended up putting on a race which will probably go down as a classic. In wet conditions, Simon Pagenaud put on a masterclass, moving through the field in the final stages to grab the lead from Scott Dixon on the penultimate lap. It was proper edge-of-your-seat racing. To be fair, that’s usually always the case when rain gets involved so you can’t praise a series because it just happened to have a wet race but even without it, the Indy GP was intriguing.

Series rookie Felix Rosenqvist grabbed his first pole, and part-timer Jack Harvey was in podium contention for the whole race as he finished third. This is what made it exciting – yes, you had the big teams in Penske and Chip Ganassi at the front, but many had to fight their way through the field following a tough qualifying session. And in Harvey, you had a team and driver who got pretty much everything right all weekend and were rewarded with a podium. And that’s something that can happen to anyone on the grid. In F1 at the moment, Sebastian Vettel or Max Verstappen could theoretically pull together the perfect weekend and not see the podium despite being in one of the top three teams. And drivers in the midfield? Unless they have an enormous slice of luck to go with it, then forget it.

Then there’s World RX, which had a one-off driver fight at the front for the whole event, championship leaders struggling, and an emotional first win for a series stalwart.

All of these series had their own interesting storylines, each one as unique and different to the last. Formula 1 also had storylines – Lewis Hamilton’s crushing dominance, Verstappen’s assured performance, and Ferrari’s battle to try and not be beaten by problems of its own creation. The issue is that while those other championships will have new, different storylines at the next round, and then again the one after that (and so on), F1 is stuck on repeat, telling the same tales over and over. That’s what gets boring. Never mind race by race, either – F1 has been in this scenario for season after season.

Please, don’t get me wrong. I’m not trying to say that other championships are better than Formula 1, or that there’s no point in watching F1, because that’s simply not the case. As much as I love Formula 2, IndyCar and World RX (among others), the absolute finest races in each of those series (with the possible exception of the Indy 500) will never match the way a phenomenal F1 moment will make me feel. That’s probably true for a lot of people, and it’s one of the reasons why F1’s popularity is so immense.

But those incredible moments are becoming increasingly rare while, in the context of their own championships, other series consistently churn out major talking points. What are they doing right that F1 isn’t?

A common thread through some of the series I’ve mentioned is the two words that will send many F1 fans into a keyboard mashing rage if someone even thinks about implementing them in our beloved pinnacle of motorsport – spec parts. If all the cars are broadly the same, then of course they’re going to race better and the drivers will be able to make more of a difference. The trouble is that F1 has always had a strong theme of engineering and innovation. It’s a core part of the sport’s DNA and moving away from it would risk turning F1 into something completely different. I wouldn’t want to see F1 go down that too far road, but some standardisation surely couldn’t hurt – something the FIA seems to be realising.

Even in so-called ‘spec series’, there are quite often areas of development. Formula E teams design their own powertrains, for example, while IndyCar teams can develop their own dampers. A spec series doesn’t have to be a black or white issue, it’s a sliding scale. From an F1 perspective, both of these probably fall on the ‘wrong’ side of the scale, but that in itself suggests that there is a ‘right’ side of the scale.

Linked to that is the way that other series’ place much more prominence on driver skill In F1 being in the right car has always been essential and in my opinion, should continue to do so. But the sport has reached a point where the best drivers simply cannot have any meaningful impact on the performance. In Rallycross you can see the drivers taking different lines and applying different their own driving styles. An IndyCar driver can make a difference by excelling a fuel saving and making an unfavourable strategy work, and in Formula 2 a driver’s ability to pick exactly the right moment to start pushing their tyres could be the difference between winning or finishing out of the points.

Formula 1 has all of these aspects too, but the margins in all areas these days are so fine that deviating from them is simply far too costly. And from a fan perspective, it’s almost impossible to decipher from the outside whether they’re actually happening.

That’s what’s frustrating, because I see all these things happen on a regular basis in other forms of racing and I want to be able to see them in F1 too. I want to see teams and drivers be better rewarded for getting things right, and I want to see top teams struggling more if they get it wrong. To make it even more frustrating, we have seen that sort of thing in recent years. It was called the 2012 season and it had pretty much everything I could ever want from Formula 1

Maybe other series are able to achieve this more often precisely because they don’t have the exposure or expectations to provide certain elements that F1 does. I don’t know how F1 fixes its current problems, and although the sport could really do with some sort of change right now, I’m hoping the 2021 regulations are going to be worth the wait. People much cleverer than you or I have been working on them for ages and on paper, they sounded good and as long as politics hasn’t diluted them too much, I’m optimistic.

In the meantime, if you too are getting a bit fed up with F1, try out some other championships. IndyCar, World RX, F2, MotoGP, Blancpain. They’re all superb and though they may not quite provide the same buzz that F1 can at its very best, but more often than not you’ll be treated to an entertaining race. When F1 is in a bit of a rut (as it is now), they fill the gap very nicely.

Are there any aspects of other championships that you’d like to see applied in F1? Let us know in the comments. 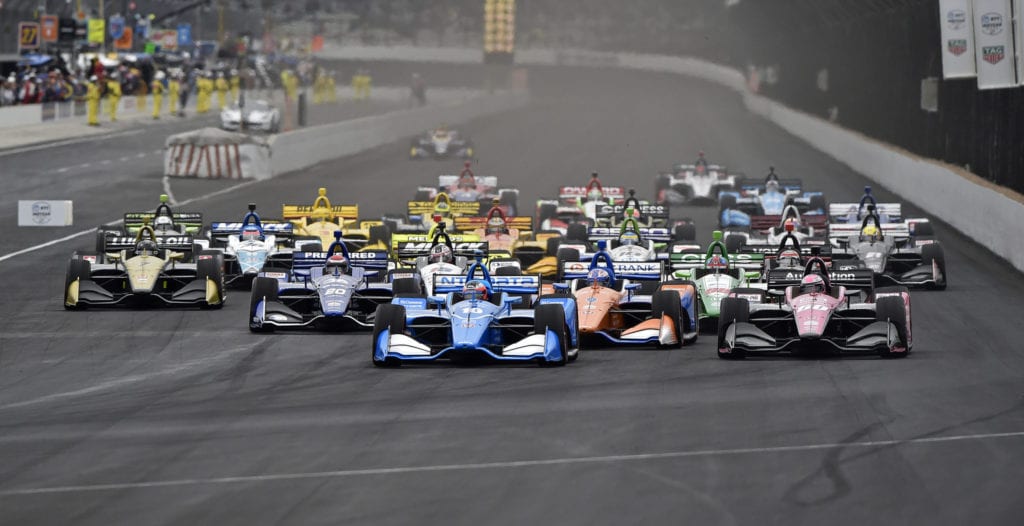