Why Red Bull Should Be The Team To Beat In Monaco

It’s the usual pre-weekend game of ‘pass the favourites parcel’ between the top three teams, with Mercedes propping up Red Bull and Ferrari as the teams to beat, and vice-versa.

Red Bull will contest its 250th race start since debuting in 2005, a herculean milestone reached by a team which has, over the years, developed title-winning cars convincingly and evolved into a cornerstone team in the championship.

Monaco presents a unique technical challenge for teams. Setup bias leans towards slow speed corners, maximum downforce is pursued, a lack of significant straights makes engine and brake cooling critical and the chances of pulling off an overtake are as rare as the prospects of Eddie Jordan turning up to the paddock wearing a plain shirt.

All of these factors culminate into a tense and usually race-long test in that one lapse in focus results in car meeting wall. The missed chance of a win will be fresh in Red Bull’s memory after a calamitous pit-stop denied Daniel Ricciardo victory from pole in 2016. But the signs that this season’s RB14 will be up for the challenges of the circuit are there in plain sight.

If we look at the sectors that have emulated the nature of Monaco the most so far this season, we should probably look at sector two in Baku and sector three in Barcelona.

The Red Bull drivers topped the sector three times during the Spanish Grand Prix, with Ricciardo edging Verstappen, and Lewis Hamilton in close quarters on tyres unavailable for this weekend. For Baku’s sector 2, Sebastian Vettel‘s Ferrari was quickest by a tenth of a second, but Verstappen was second quickest and Ricciardo six-hundredths of a second adrift in third. This should make for positive reading for Red Bull.

The narrative that the car will be strong in Monaco seems fairly placed for the moment, but the one issue that the team needs to get on top of is qualifying.

Will the advantages that the car has in the slower corners be enough to offset the power unit deficit and allow Daniel Ricciardo and Max Verstappen to challenge for at least a front-row start? Pole in Monaco can sometimes be half the victory and Red Bull’s one-lap pace so far in 2018 hasn’t been up there with Mercedes and Ferrari – the highest an RB14 has started all year is only fourth. The emphasis on qualifying in Monaco is massive and a third-row start could result in a frustrating race, especially if the race pace is there.

Monaco was Mercedes’ bogey track last season, and Ferrari’s concerns about the drop-off in form in Spain will only be rectified once it has some practice data to look at. For Red Bull, this is a big weekend – not just because the team will celebrate its 250th grand prix, but also because it should provide an opportunity to claw back some vital points in the constructors’ championship. 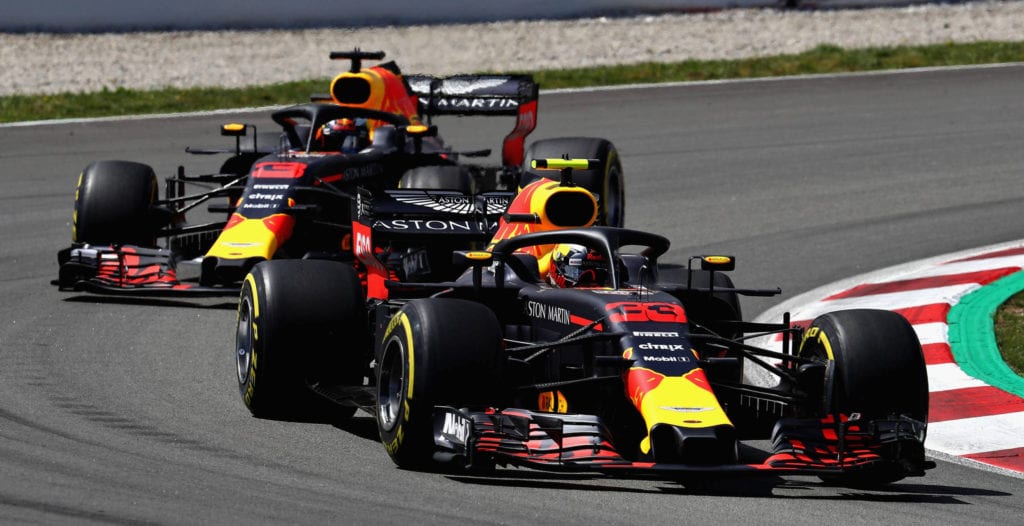