Why Sauber Getting Honda Engines Is Good News For Everyone – WTF1
Skip to content
×
Formula 1 , Opinion

Why Sauber Getting Honda Engines Is Good News For Everyone

So far in 2017 the team haven’t looked too bad. It’s driver line up is fairly solid and aerodynamically the C36 seems alright. The big weakness is the 2016-spec Ferrari engine, which is only going to hinder the team more and more as the season wears on.

Sauber first ran Ferrari engines (badged as Petronas) in 1997, and continued to do so until BMW took over the team in 2006. Then when the team reverted to being just Sauber again in 2010 it took on Ferrari engines once more. At times they’ve even acted as something of a Ferrari ‘B-team’.

As a result Sauber have traditionally enjoyed a pretty good relationship with the Italian team but in recent months that relationship has been in decline, no doubt in part thanks to being saddled with old power units.

In Honda the team will have an engine partner that’s committed to improving and will probably pay far more attention to what Sauber have to say than Ferrari ever did. It’s a chance for this small privateer team to at least get back to its traditional position in the upper-midfield. Sure, it’s a risk, but what has it really got to lose? If reliability and performance suffer next year, so what?

And that brings me on to my next point.

Honda engines were pretty poor in 2015. Things improved in 2016, but not as much as they would have liked. For 2017 the engine has been completed redesigned, and so are pretty much starting from scratch. Sure, all the failures McLaren are suffering are pretty embarrassing, but with only the two cars out there (if they’re lucky) to gather data on progress is going to be a bit slower than is ideal.

With Sauber also running Honda engines that amount of data should more or less double. Problems will be identified quicker and because supplying two teams instead of just one will require more resources, problems should hopefully be fixed quicker too. That’s a positive thing for Honda, for McLaren and for Sauber.

It also shows that Honda are committed to F1. In the wake of the constant failures and ridicule you could kind of understand if it decided that it didn’t need all the negative publicity and quit – especially when Honda are so successful in so many other championships around the world. Having Honda in the sport means more diversity among engine manufacturers, and in F1 diversity is always a good thing.

The amount of money Honda have pumped into its F1 programme is quite significant, so spreading that cost by partnering up with a second team makes sense.

McLaren is a highly successful team with an opinionated double world champion and incredibly talented young rookie driving its cars. There’s an awful lot of focus and pressure on them to deliver – and by extension, Honda too. That’s not a brilliant environment for Honda to try and sort out its problems in. In contrast, Sauber has none of those expectations thrust upon it and being able to develop as part of a team less in the spotlight could be a great thing for Honda.

It’ll be good for fans too. It’s hard not to like the Sauber team – whereas Minardi were always the lovable backmarkers, Sauber have often been the loveable midfielders, and I for one would love to see them back in a position to be regular points scorers and challenge for the occasional podium. Switching to Honda engines could allow them to do that, and even if you’re not a Sauber fan the prospect of another team becoming more competitive can only be a good thing.

And then there’s the drivers. Honda usually like to put one of its own drivers in a car – heck, Super Aguri was basically set up just so Takuma Sato could stay in F1 – and they might want to do the same with Sauber. That’s right, we might get another Japanese driver at some point in the near future, and who doesn’t love a Japanese driver?!

The obvious option would be Nobuharu Matsushita, a Honda-backed driver who races in Formula 2. He’s not the most mind-blowingly quick driver but Kamui Kobayashi didn’t have a great junior record, and look how well he did.

So, to sum up, Sauber-Honda is definitely a good thing for everyone. Sauber benefit from more current technology and what is likely to be a closer relationship with its engine supplier. Honda benefit from having another team from which to gather data, which in turn benefits McLaren. F1 benefits from the added diversity and potential of another team becoming more competitive, and Ferrari benefit from not having to lend them Antonio Giovinazzi when one of the Sauber drivers gets injured from rolling a three-wheeler or crashing into a chicken.

And if it all completely fails, well, at the very least we’ll probably get some good memes out of it. 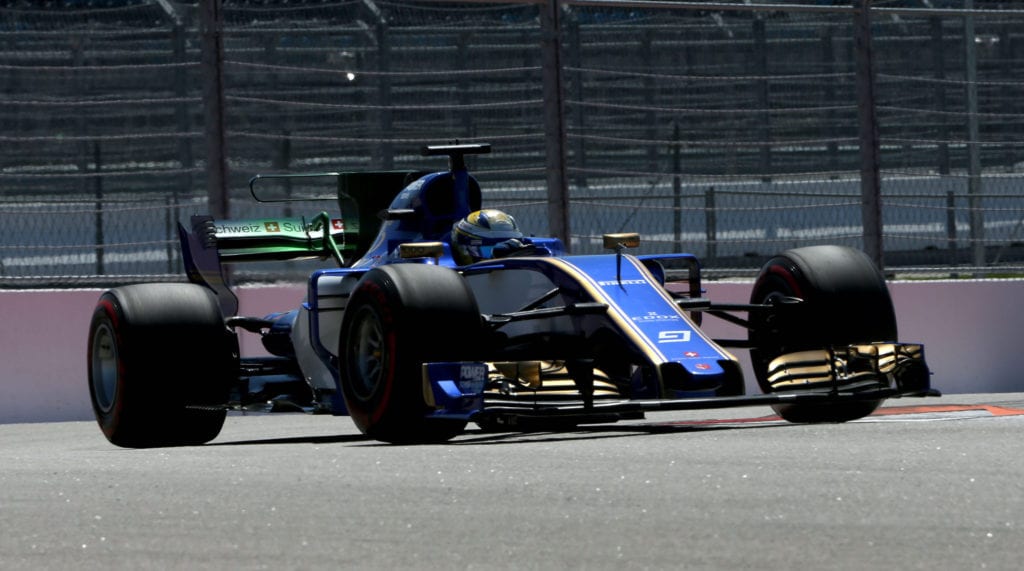