The moment Lewis Hamilton crossed the line in Austin to secure a remarkable sixth championship, two things were inevitable: comparisons with Michael Schumacher (the only other driver to achieve the feat), and the barrage of excuses as to why Hamilton can’t be considered an F1 great: ‘Schumacher will always be the best!!!!’, ‘He was outqualified by Bottas so how is he a great?’, ‘He’s too much of a celebrity!’, ‘He’s a hypocrite because trying to save the world by being vegan but still exhales carbon dioxide!!!!’ (I’m paraphrasing will these, but you get the picture).

The one that really winds me up no end, however, is this wild idea that because he’s had access to some of the most dominant cars in the history of the sport, that somehow makes his championships worth less than those of other drivers.

It’s a criticism that gets thrown out whenever one driver dominates for an extended period. The same thing happened with Sebastian Vettel, during his four titles with Red Bull at the start of the decade, and of course Schumacher himself in the early 2000s. If you’re the kind of person who thinks less of the achievements of a driver because of the machinery at their disposal, then I have to ask… whose championships do you value more highly? Because you can throw the same ‘criticism’ at just about any multiple champion in the sport’s history.

Mika Hakkinen had the best car for his two titles, as did Damon Hill in 1996. Three out of Alain Prost’s four championships were with the best car; all of Ayrton Senna’s were McLaren’s that were either the best (or one of the best), too. And the Williams FW14B that Nigel Mansell used to win the 1992 championship was so incredible that it would almost have been more impressive if he hadn’t won the title so convincingly. I could go on.

Nelson Piquet’s 1987 championship? Best car. Alan Jones in 1980? Best car. Jody Scheckter in 1979? Best car. Mario Andretti in 1978? Best car. Ferrari was the team to beat when Niki Lauda won his first two titles in 1975 and 1977, and his third title with McLaren in 1984 was basically a fight between himself, teammate Prost, and fresh air.

Go back much further than the 1970s and determining the ‘best car’ gets a bit trickier, but there are still some worth mentioning. The Lotus 72 with which Jochen Rindt posthumously won the 1970 championship was so good that it set the template for modern F1 cars; Jim Clark’s title-winning Lotus 25 from 1963 was the first F1 car with a monocoque chassis; and Jack Brabham and the Cooper team were the first to truly capitalise on the realisation than putting in the engine in the front wasn’t the best way to go about building a racing car when he won the championships in 1959 and 1960.

Then there’s Juan Manuel Fangio. For some, still the absolute GOAT. And yet, two of his championships came in Mercedes’ that were even more superior than the ones Hamilton has raced. Fangio also made a point to try and put himself in the best cars available – he never spent more than two consecutive seasons with the same team.

Another argument put forward is that to be considered a great, a driver has to win a championship in an inferior car. And yet, the last two times that happened were probably Schumacher for Benetton against Williams in 1995, and Prost in 1986 in a McLaren up against the might of… well, Williams again. So, are we only allowed to include those two in all future ‘greatest of all time’ discussions?

In other words, it’s an incredibly rare occurrence. The closest anyone has come to winning the title in something which demonstrably wasn’t the best car since then was probably Fernando Alonso in 2012 – and that was an utterly bonkers season anyway.

It’s not like being in the best car guarantees success, either. Dozens of drivers over the years have had access to some of the greatest machines the sport has ever seen had and not even come close. The 2011 Red Bull RB7 was the class of the field, yet Mark Webber only finished in the top two on three occasions. Rubens Barrichello didn’t win a single race for Ferrari in 2001; Heinz-Harald Frentzen barely managed half the points of Jacques Villeneuve in 1997; Riccardo Patrese only just beat Schumacher to second in the championship with the FW14B in 1992. As Senna’s McLaren teammate, Gerhard Berger won just one grand prix across 1990 and 1991 and of course, there’s the most recent example of Valtteri Bottas. Quick on his day and showing signs of improvement, yes, but he’s still a long way off being able to challenge Hamilton over the course of an entire season.

Some of those guys had just one year in a decent car and didn’t make the most of it, others had several years and couldn’t reach the success of their legendary teammates. Sure, team orders, contracts and other scenarios can account for some of that, but if any of those drivers were able to compete at the same level of those they were paired with for more than just the odd race, it would have shown itself somehow. It shows that achieving success in F1 isn’t as easy as working your way into a fast car and then simply reaping the rewards.

Some drivers have, of course, had one or two chances for title glory and taken it. Think Jenson Button in 2009, Villeneuve in 1997, or James Hunt in 1976. The opportunity presented itself and they were able to step up to the plate and deliver. You could also throw Nico Rosberg’s name into this category, too – he was bested by Hamilton twice, worked incredibly hard, stepped up another gear and was able to win the 2016 title – an achievement which looks more and more impressive the more that Hamilton’s legacy grows. And actually, this brings me onto another point.

Getting to the top and winning a championship or two is one thing. Staying there, having knocks, and recovering from them to win again and again is quite another. Rosberg, aware that so many factors had to come together perfectly (yes, including luck as much as hard work), realised that he couldn’t put himself through that again and retired. Mika Hakkinen was done by the age of 33 and went on a sabbatical he never returned from. In 1979, Niki Lauda got fed up of “driving around in circles” and retired for two years before getting lured into a successful comeback.

That Hamilton has reached such a high level and stayed there for years is quite something. It’s what also makes Schumacher’s five-in-a-row in the early 2000s such an incredible achievement – the fact that he was still absolutely on it, fighting for the championship in his final year before retirement (his first one, anyway) just goes to show what separates the great champions from those who are truly exceptional.

Prost was in a similar boat. In a career spanning from 1980 until 1993, there were only really three years where he wasn’t either winning a championship or coming close to winning one. Fangio also gave it all up while he was on top, while two of the other drivers included in the conversation surrounding the greatest F1 drivers – Senna and Clark – tragically never had the chance to end their careers on their own terms.

That the top drivers spend so much time in the top cars is no coincidence. They’re in the best cars because they’re the best drivers – not the other way around. They’ve all had to beat a teammate in the same equipment, and they all spent time proving their worth in lesser machinery – whether before or after winning championships – and all 100 per cent deserve the success they enjoyed. That’s true of almost any type of motorsport, whether its a field of four cars or forty, and it pretty much always has been.

I’m not arguing that Hamilton is the greatest driver ever. In fact, I don’t think I would argue for any driver in the history of F1 to hold that title (with the possible exception of Jackie Stewart – more on that another time), but if it’s a discussion you’re going to have, it absolutely has to include Lewis Hamilton.

There would be arguments for and against him – and indeed any other driver you want to claim is the greatest of all-time – but one thing that cannot be held against any of them is that they’ve only achieved their successes because of the cars they’ve been driving.

One day – it might be in 10 years, it might be 20 or 30 – the records Hamilton is on his way to setting will be beaten by somebody. Suddenly, they’ll be the one only beating them because they’re in the best car, while Hamilton’s success is fondly looked back upon as a peerless example of greatness – just as we do now with Schumacher or Senna.

You don’t have to be a fan of Hamilton. You don’t have to enjoy the years of dominance he and Mercedes have had because of course, that can (and does) get a bit stale. But what’s the point in being angry about it? Just sit and appreciate the fact that you’re watching an incredible sportsman create history – and then look forward to someone beating it. 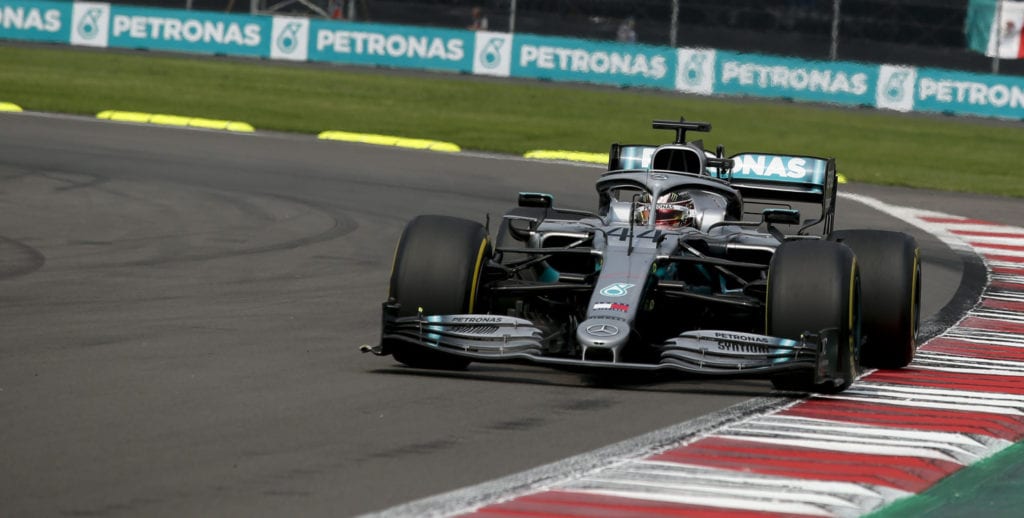