I’m not going to lie: I didn’t really enjoy that race. There wasn’t a whole lot going on to get the heart rate up apart from the massive CGI Sauber on the formation lap, which both terrified and confused me for a moment. But now that the race is over and I’ve had some time to think about it, I reckon the rest of the season could develop rather nicely.

The biggest thing to cheer about is that Ferrari and Mercedes (well, Vettel and Mercedes) seem pretty evenly matched. After three years of one team dominating it’s incredibly refreshing – you only have to listen to the way the crowd cheered Vettel (Australians! Cheering Vettel!) across the line to understand how much the sport needs this.

Vettel vs Hamilton is also a duel I’m desperate to see. Although they’ve been two of the stand-out drivers of the decade we haven’t really seen them go head-to-head much. But if Hamilton wants to mount a challenge for his fourth title he’ll have to get his head in the right place.

All weekend he was constantly downplaying his chances. Before the race even started he was complaining, and throughout the race he was complaining of a lack of grip, overheating tyres, wondering if there was damage, etc. Obviously it’s too early to judge and being an F1 driver then of course he’s going to complain about things, but if Lewis has one weakness it’s a slight mental fragility when things aren’t going his way (which to be fair, also holds true of Sebastian).

That’s partly what Rosberg was able to capitalise on when he won the title last year. I didn’t think it would be a problem with Bottas as his new team mate (last year I wrote about how he’d have to step up his game) but I was very impressed with the Finn’s performance in Australia. Coming home right behind Lewis was a great start to his season and shows that he’s got every chance to be a factor in the races this year.

If Bottas can match Hamilton it’s going to be a real headache for Mercedes when it comes to strategy. If they continue with their policy of letting the drivers race each other it will cost them against Vettel, because you can bet it won’t be long before they switch all their focus onto him for the championship. Unless 2005-spec Kimi time travels from the past to complete the season, anyway.

The fly in the ointment for Ferrari and Mercedes could be Red Bull. Verstappen was right with Kimi at the end and when Ricciardo has a smoother weekend, he’ll be there too. If last year is anything to go by Red Bull are more than capable of closing the gap to Ferrari and Mercedes and if they can close it early enough, they could be title contenders as well.

Although the title battle looks intriguing, the thing I loved most about this weekend was just watching the cars. You could clearly see the drivers pushing harder for longer, the speed of the cars is great, and those big fat rear tyres have more than a hint of the 1970s about them. It’s fantastic and it means that even when the racing is boring, it’s still exciting to just watch the cars.

I don’t know if I was imagining it, but one thing I noticed this weekend is that lots of drivers seemed to be making lots of little errors. Whether that’s just a bit of race rustiness, unfamiliarity with the new cars or just the nature of the track I don’t know, but if being able to drive closer to the limit in races means more small errors, that’s absolutely a good thing because it means a bit more unpredictability. That’ll hold especially true in places like Monaco and Canada – I reckon the ‘Wall of Champions’ could be claiming a few more victims this year.

It’ll also really let the cream rise to the top – Romain Grosjean for instance was absolutely brilliant all weekend, while some of the younger and more inexperienced drivers seemed to struggle a bit with consistency. That wasn’t true of Antonio Giovinazzi though, who had a very impressive debut despite the late call-up. Teams up and down the pit lane will have taken notice of his performance for sure.

Of course, the elephant in the room with all this is that the race was…well, awful. But, ever the optimist, I’m trying to take some positives from that. After all, there have been plenty of boring races in the last few years, and Albert Park isn’t exactly typical of the tracks we’ll see over the rest of the season.

Although the action at the front (if you can call it that) was pretty much non-existent, there were some reasonably good duels down the field which show that overtaking isn’t going to be impossible this year. Cars can follow each other fairly closely, and on some of the more open tracks drivers might be a bit more inclined to have a cheeky lunge than they were in Melbourne.

I still think we’ll see less overtaking this year (even if the FIA do fiddle with the DRS) but I reckon that’s a good thing. It’ll make the overtakes that do happen that much more exciting, and also allow drivers to be rewarded for solid defensive drives, something we haven’t really seen for a long, long time.

Don’t get me wrong, I do not want to go back to what we had in the refuelling era where overtaking was pretty much only possible during pit stops, but I think something between that and the type of passing we had during the height of the ‘Pirelli tyres made of cheese’ era would strike a good balance.

So yes, the first race was a dud. But there was enough going on to make me want to pencil in 2017 as being a decent year in the same way as 2007 and 2010 were decent years. And if when we get to more normal tracks the racing turns out to be better then who knows: could it end up being an all-time classic like 2008 and 2012 were? All I know is my gut says maybe. 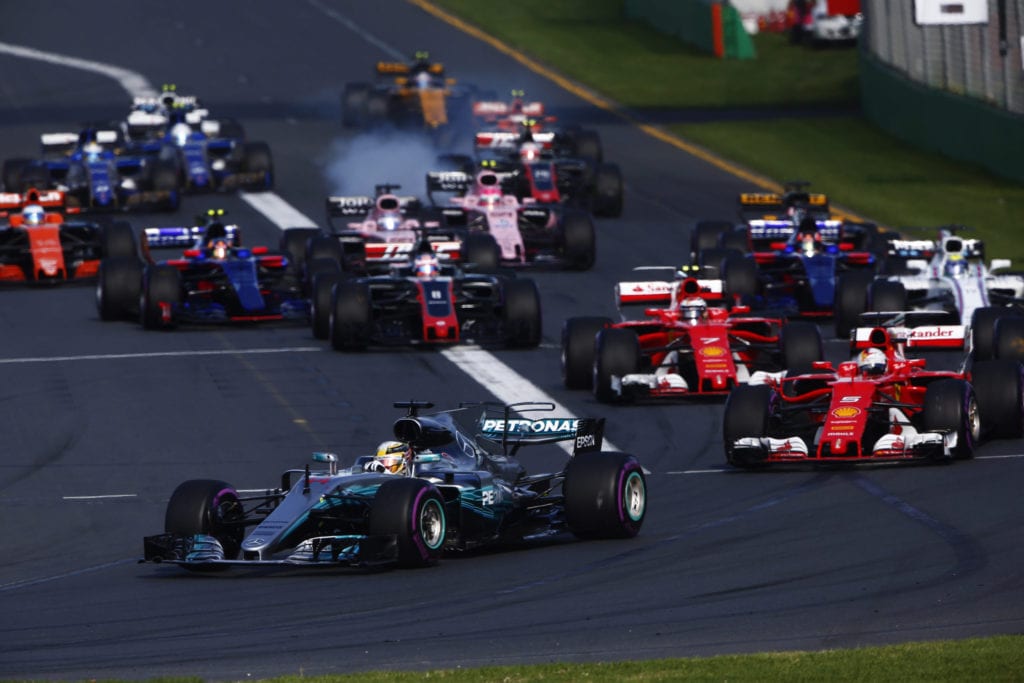