Why The Stewards Were The Unsung Heroes Of The Spanish Grand Prix – WTF1
Skip to content
×
Formula 1 , Opinion

The Spanish Grand Prix had pretty much everything – a crazy start, different strategies, a battle for the lead, a reasonable amount of overtaking and plenty of strong performances throughout the field. Thankfully there was one thing it was missing – a slew of undeserved penalties. And it was seriously refreshing.

Nobody likes races affected by penalties (you only have to look at the reaction to the 2008 Belgian Grand Prix to see that), and usually in an action packed race where there’s a lot of incidents and wheel-to-wheel action the stewards hand them out like they’re going out of fashion. However in Spain that wasn’t the case, as the more relaxed attitudes to incidents led to less interference from officials, which meant that we could just enjoy what was happening on track.

In recent years there seems to have been a growing culture among F1 and its fans that there’s always someone to blame. The very idea of a racing incident has fallen by the wayside as stewards have tended to look for which driver is ‘the most guilty’, which is not the same thing as a driver who is ‘completely guilty’.

Take what happened between Valtteri Bottas, Kimi Raikkonen and Max Verstappen at the first corner. Looking on social media some people were blaming Bottas for being a bit clumsy, some were blaming Kimi for turning into Bottas, while others were blaming Max for squeezing both of them. But this is the first corner of a race and they were three wide going into the corner. The drivers can’t be expected to know precisely what is going on 360 degrees around them, and frankly it’s amazing that this sort of thing doesn’t happen more often.

The stewards were absolutely right not to penalise any of them, because it was no ones fault. The same goes for Massa forcing Alonso off – he was avoiding Kimi and Max and in doing so pushed the McLaren into the gravel. Why would they penalise Massa for trying to avoid a crash? That would just be madness!

Then there’s the ‘incident’ (if you can even call it that) between Carlos Sainz and Kevin Magnussen in the pit exit. Quite why Magnussen was moaning about it I don’t know, because it had literally zero effect on his race, whilst for Sainz it was a high-risk move which didn’t pay off. Simple as that. No penalty was given because nothing happened.

Now we come to Sebastian Vettel and Lewis Hamilton. Of course Vettel was going to run Lewis out to the run off, anyone could have seen that coming a mile off, not least of all Lewis – after all, he’s done that sort of thing to other drivers plenty of times. But he’s a racing driver, so of course he was going to try, and for the same reasons Vettel placed his car as he did.

Again, the stewards (correctly) chose to leave them to it, and we ended up with a scrap between the two to the end of the race that we would otherwise have been denied if Vettel had been penalised for just being a little bit aggressive. They’re racing drivers! We want them to get a little bit feisty and try bold maneuvers, especially this season with overtaking having become slightly more difficult.

That’s not to say the stewards didn’t dish any penalties out, but those they did give were completely deserved. Stoffel Vandoorne turning into Massa like he wasn’t there was very amateurish and points on his license plus a grid drop for Monaco seems fair. Pascal Wehrlein fell foul of a fairly basic rule about entering the pits and got a five second penalty plus some points on his license – again, fair and deserved. These were clear-cut cases of a driver being 100 per cent in the wrong, which is the only time you want the stewards to get involved.

Of course, we’ve seen this before, only for the drivers to find they’re racing to what seems like a completely different set of rules at the next Grand Prix. Consistency in the rules of engagement has been the issue over the years, which understandably leads to confusion among the drivers and the fans.

It remains to be see if the type of stewarding we saw in in Spain will carry on across the rest of the races, but with new management in charge of the sport and new procedures for the stewards to uphold this season, there’s reason to be optimistic.

Unless you’ve got your numbers in the wrong place. Then you’ll feel the full fury of their powers. But without silly fussing over unimportant details it just wouldn’t be F1, would it? 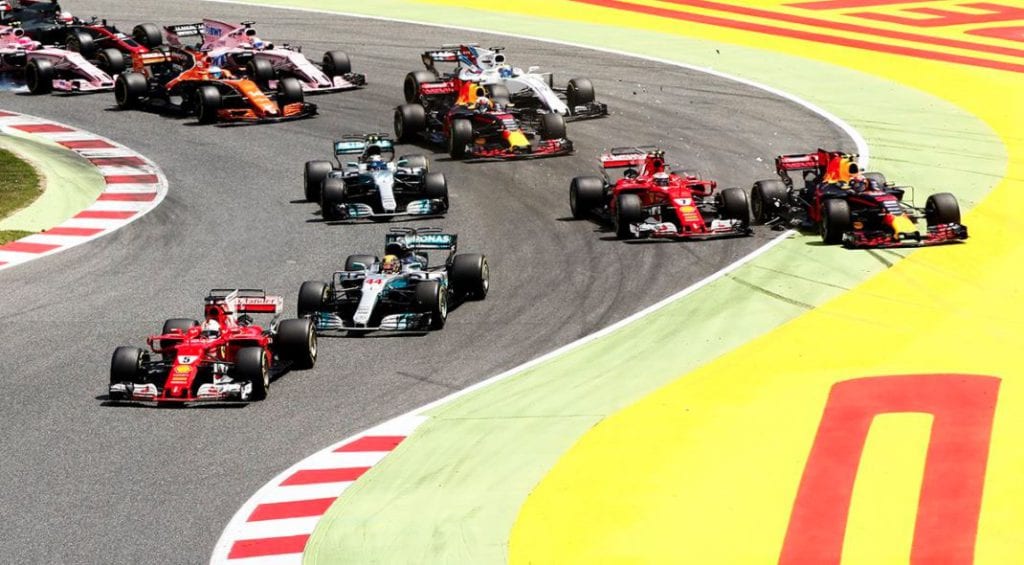