Why Vettel Wasn’t Penalised For Apparently Jumping The Start

It seemed pretty slam dunk. The red lights were on, Vettel moved, he stopped, the lights went out, and he set off again. Boom, drive-through penalty, just like Kimi Raikkonen in Sochi.

However, Vettel was saved by a couple of things. Firstly, although his car moved, he stopped it again before he’d exited his grid box. Secondly, he only moved a short distance – short enough to be within the FIA’s own tolerances for jump starts. The stewards’ statement read:

“The stewards reviewed video evidence and the jump-start report based on the information from the FIA approved and supplied transponder fitted to each car. While the video shows some movement, that movement was within the acceptable tolerance of the F1 jump start system.”

It’s a funny quirk of the rules because usually, in most motorsports, it’s pretty straightforward – move before the lights, it’s a jump start, and you’re getting a penalty. However, as we saw with Valtteri Bottas in Austria in 2017, there are provisions which allow drivers a degree of movement before the lights go out.

It’d be easy to say that, for the sake of simplicity, any movement should be judged as a false start. However, the reason for having some leeway is because the cars can move through little fault of the driver – engaging a gear or finding the bite point of the clutch can cause the cars to jerk forward slightly. If that margin of error wasn’t written into the rules, chances are you’d be seeing a handful of different drivers getting pinged for jump starts at every race.

Vettel’s movement was nothing to do with that and was a clear mistake, as he admitted after the race. He’s simply incredibly lucky that 1) he managed to get the car stopped again before the lights went out, and 2) he didn’t move a fraction further. Because whatever those tolerances are, he must have been close to exceeding them – after all, it was quite a big movement. 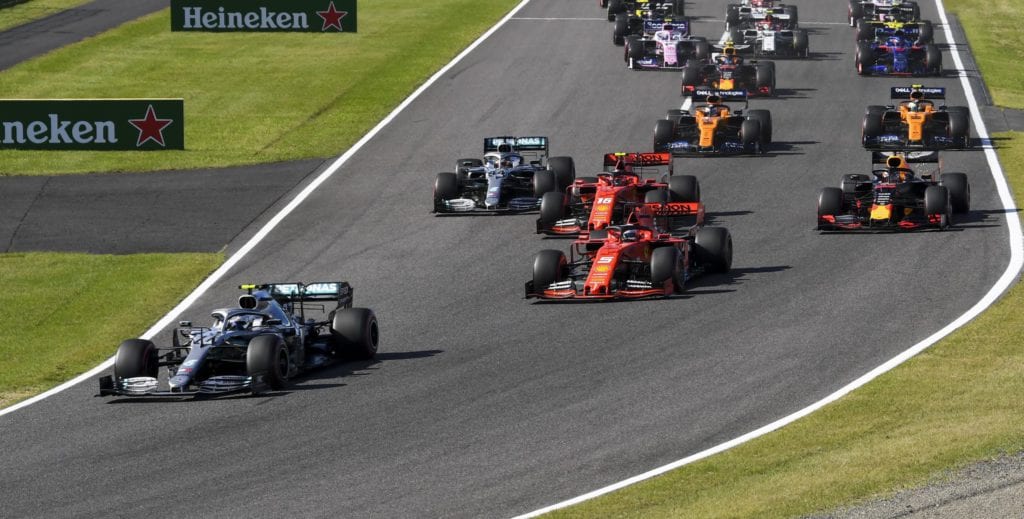