Why We’ll Miss Marcus Ericsson From Formula 1 Next Year

After five seasons, Marcus Ericsson’s time as a Formula 1 driver appears to be coming to a close with the news that Antonio Giovinazzi will join Kimi Raikkonen at Sauber next year.

Ericsson will stay on with the team as a third driver but unless something unusual happens, you’d have to imagine that the 2018 Abu Dhabi Grand Prix will be his last F1 race. I suspect there are many of you who’ll probably be pleased with that news: after all, on paper, Ericsson comes across a pay driver who has been beaten by every single teammate he’s had, yet he’s outlasted all of them. There’s a degree of truth in that, but there’s much more to it.

Sure, Charles Leclerc is giving him a bit of a drubbing this season and in 2015 he was soundly beaten by Felipe Nasr. But in 2016 he was frequently quicker than the Brazilian and in 2017 he was pretty close to Wehrlein’s pace, despite suffering from a fairly significant weight disadvantage. And if Leclerc is the mercurial talent we’re all expecting, then Ericsson hasn’t been doing a terrible job this year at all.

Don’t get us wrong, the time is probably right. It took Ericsson a couple of seasons to get up to speed and he seems to have plateaued. Sauber is in a much stronger place now and it’s great to see Giovinazzi finally get his chance. Wondering how he and Kimi will get on has suddenly become one of the most potentially interesting storylines of 2019, but we’ll still thoroughly miss Ericsson from the grid. Why? One word: underdog.

For years, Ericsson has been the underdog. Nobody expects him to progress to better teams or to beat his teammates. He’s also not the most spectacular driver (well, apart from some massive crashes) or extroverted personality (well, he is Scandinavian), which can make it easy to forget that he’s even on the grid.

Sometimes, however, he puts in a performance worthy of note, like the odd occasion where he outqualifies Leclerc, or when he’s moved up from the back to score points. They’re rare occurrences, sure, but they always seem at least a remote possibility. And when they do happen, it’s a great feeling. The guy who’s been plugging quietly away at the back for years, putting in the work and keeping his head down has got a reward for his massive effort. How can you not get some pleasure from that?

It’s a similar reason why we were all such fans of Minardi – ‘everybody’s second-favourite team’. Perennial backmarkers for over 20 years, any time Minardi scored points it was an event. Nobody cared if it was as a result of high attrition or massive amounts of luck – you were just happy that the team scored a point. Usually because it had been ages since the last time Minardi scored, and would probably be ages before it happened again.

It’s a similar thing with Ericsson. When you see a mega performance from one of the front-runners or a hype-filled rookie, it’s great. However, you almost come to expect it from a Lewis Hamilton or a Daniel Ricciardo or a Pierre Gasly. But Ericsson is anonymous for so much of the time that his tiny specks of brilliance stand out even more.

Admittedly, those small highs can be quite difficult to spot if you’re not actively looking for them, so over the remaining six races of this season, we have a request: keep an eye on him. Enjoy the times when he momentarily pops up to seventh in Q1, or manages to outqualify Leclerc. Follow his race strategy and see whether or not he might be in contention for a point or two. It might not happen, but if it does, trust us – you’ll enjoy it.

It doesn’t matter that, realistically, he never had a shot of becoming a world champion or even a race winner; being a fan of a driver is about so much more than ultimate talent or outright results.

For five seasons, Ericsson has been working hard in frequently difficult circumstances. For any ambitious racing driver, it’s easy to see how frustration might set in, but he hasn’t complained or thrown his toys out the pram at all. Just recently we found out he’s been racing without a drinks bottle for years. Devoid of ego, he simply puts his head down and gets on with the job at hand whilst chasing his dream – and there’s an awful lot to admire and respect about that. He also had a kick-ass Ronnie Peterson tribute helmet.

In an era where many drivers are either finding their way up the grid, at the top, or on the way back down, Ericsson was a refreshing outlier. A throwback to when a solid, experienced, well-backed driver could forge a decent F1 career for themselves – the highs would never be that high, but the lows would never be that low, either. On the current grid, that makes Ericsson unique, and that’s why we’ll miss him.

Plus, there’s the time he fell off of his bike when he crashed into a chicken. 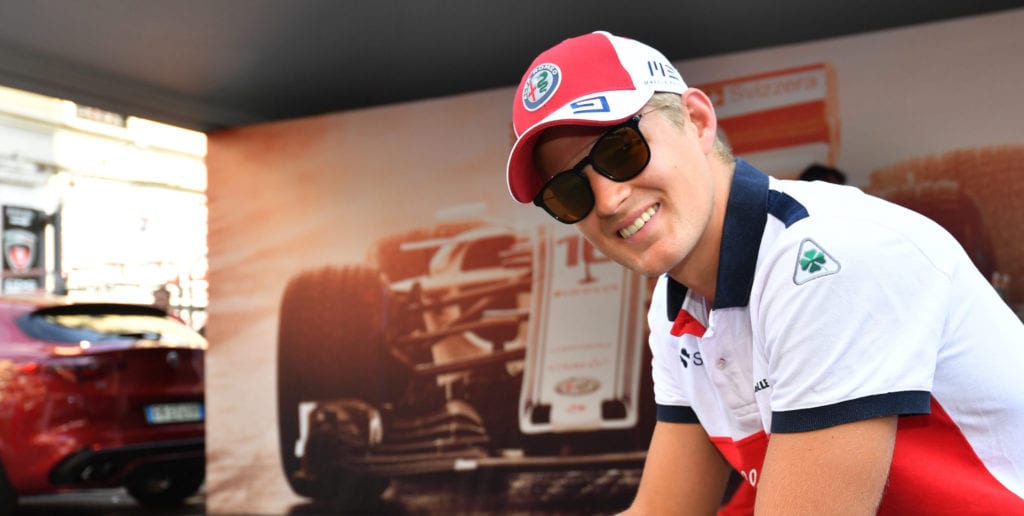