Why You Should Watch Formula E This Season

It only seems like yesterday that Formula E was this exciting new single-seater championship, breaking new ground for electric motorsport whilst also having a whole bunch of awesome drivers.

It still is, but now we’re in to the fourth season of the all-electric series and it’s pretty clear that it’s here to stay. The first race is in Hong Kong on 2-3 December – here’s why you should be watching.

It is well known that Formula E is vastly becoming the championship to be involved in for global manufacturers. With the standard of electric vehicles becoming more impressive and the release of hybrid and fully-electric road cars on a rapid increase, it makes total sense that manufacturers are keen to associate themselves with a fully-electric racing series. As the saying goes, ‘what wins on Sunday, sells on Monday’.

Formula E fits the bill. The cars are good-looking, the locations are exotic and in the hub of the city centres, and the worldwide audience for the sport is growing race by race.

Audi, which had previously partnered with Abt Sportsline will now become a full works team, with racing legend Allan McNish taking on the role of team principal. Daniel Abt has been promoted to an Audi factory drive and current Formula E drivers’ champion Lucas di Grassi will stay on at the German race team.

Mercedes and Porsche will also enter the all-electric series from season six, choosing to devote their time, money and attention on Formula E for the future. Although great news for Formula E, it has resulted in the withdrawal of these iconic brands from racing championships such as WEC and DTM. Hugely disappointing news for fans of those two respected championships, but can Formula E really be blamed for engaging new and exciting manufacturers?

BMW has also been an important part of Formula E, partnering with Andretti on its current race car in addition to being the official vehicle partner of Formula E, providing us with the gorgeous BMW i8 safety car and i3 medical and course car. The German manufacturer will also be making the transition to full works team from season five.

One of the best things Formula E has to offer is the incredible selection of drivers. Every single driver in the championship is a top racer and has an impressive history behind them – whether that is F1, WEC, Super Formula or even Formula 2.

Of course, there are also the likes of season two champion Sebastien Buemi and current drivers’ champion Lucas di Grassi, who will once again battle it out on track in a thrilling and nail-biting battle for their second drivers’ title. Did you know that in every season of Formula E we have crowned a new drivers’ champion and every year the championship has gone down to the final race of the season?

Although the sound of the cars might not send shock waves around the cities of the world, Formula E has provided us with some amazing on-track action.

You could say it all kicked off from the first-ever Formula E race back in Beijing 2014 when Nick Heidfeld found himself battling with Nico Prost for the win in the final few corners, when sudden contact resulted in his car being projected into the barriers in a scary, shocking and spectacular crash which left both Heidfeld and Prost unhurt.

However, if you are looking for one race which will convert you to the all-electric racing series, I have three words for you: Mexico City, 2017. Not only Formula E’s best race to date, but one of the most bizarre, bonkers, and totally brilliant races motorsport has seen in years. Not a minute passed without a driver spinning off the track, mechanical hiccups, intense overtaking and all concluded with the two Mahindra team-mates coming together in the final few laps. Crazy.

Being fully-electric means Formula E can race almost anywhere, with its most popular choice being in city centres. Paris, Hong Kong and Beijing have all been hugely successful street circuits for the championship, pulling in massive crowds and a large media interest.

As well as visiting new locations, the series has also raced around the iconic streets of Monaco and in season four will be introducing additions to the calendar such as Rome and Zurich – the latter being the first circuit race in over 60 years in Switzerland.

What about London? Well for the moment the future of electric street racing in the capital seems unclear. Battersea Park did a great job of hosting the season one and two finales in London, however protests resulted in the removal of the event from the Formula E calendar and there have been no definitive plans for its return. “That would be epic, down The Mall or something like that. It’s what dreams are made of, racing there,” British driver Alex Lynn said earlier in the year.

Like every form of motorsport, Formula E revolves around technology and the constant evolution to make the cars the best they can be.

A new battery will be supplied from next year allowing the cars to run full race distance, eliminating the need for mid-race car-swaps, a crucial part of a teams strategy. The tyres involved, provided by Michelin, are designed to race in all conditions, wet or dry.

Powertrains are also in continuous development and with these global manufacturers queuing to be a part of the series, the technology and efficiency can only get better. 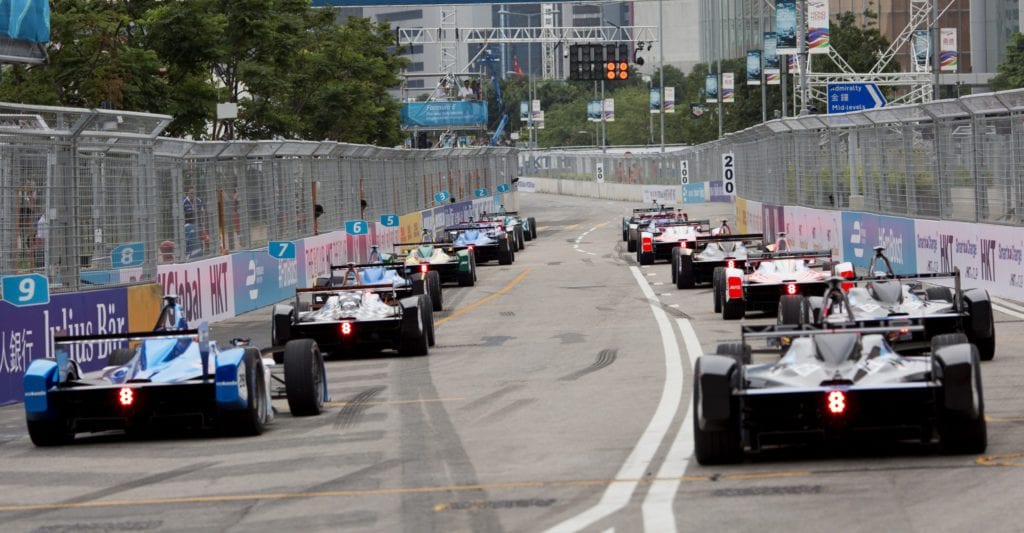