Wickens On Pole As Rookies Dominate Qualifying For The First IndyCar Race Of The Season – WTF1
Skip to content
×
Indycar , News

Simply seeing how drivers would cope with the new, more difficult to drive IndyCars was reason enough to tune in for the first qualifying session of the season, but a few spots of rain threw even more drama into the mix.

Despite a sprinkling of rain, all six drivers went out on slicks. It was absolutely the right move as the track quickly started to dry out, although a few drivers found themselves running deep on the way into turn 1. Eventually they got it together and started trading times – Hunter-Reay set the early pace before Sato spent a period of time at the top.

As the session drew to a close it was Power who found the pace to put it on provisional pole, but at the last second Canadian rookie Wickens shot to the top of the timesheets to snatch P1 by just 0.07 seconds. In doing so the former DTM racer becoming the first driver to take pole on their IndyCar debut since Sebastien Bourdais at the same track back in 2003.

Adding to the impressive rookie performances were Leist and King, who locked out the second row ahead of Sato and Hunter-Reay. Reigning champion Josef Newgarden could only muster 13th on the grid, behind teammate Simon Pagenaud, with Scott Dixon in ninth.

It’s a hell of a way to kick off one of the most hyped IndyCar seasons in ages, and chances are the 110-lap race could be just as unpredictable – last year Bourdais started last and won it! 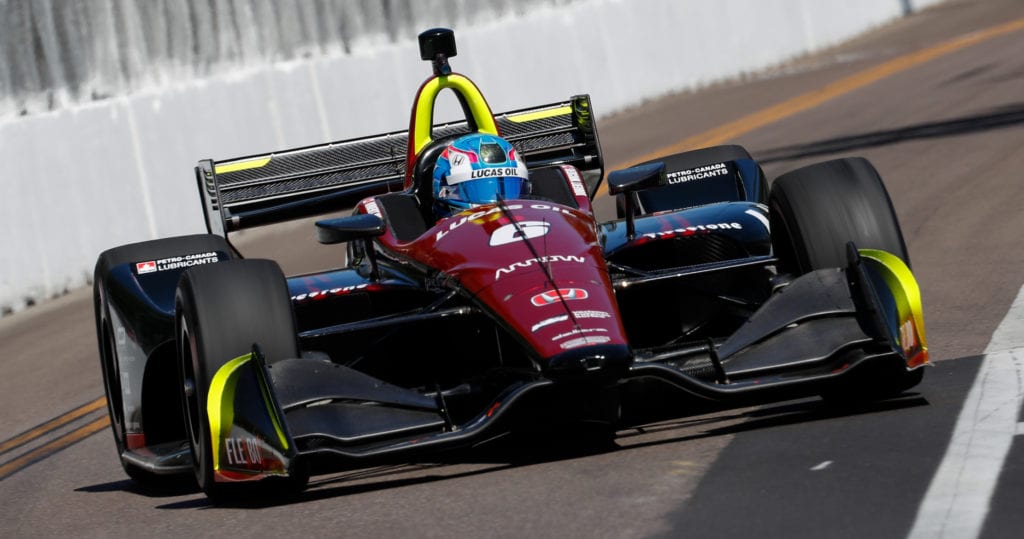