One of the key aspects of the rules shake-up for next season is the move to simpler aerodynamics which will hopefully allow for closer racing. Now, you don’t need to be an aerodynamicist to work out that removing downforce from the cars is incredibly likely to make them slower and even with the addition of ground effect, it’s likely that the lap times we see this year are going to be the fastest we see for a good few years.

In fact, there have been some concerns that the 2021 cars will be so much slower that there’s a risk that they might be as slow as Formula 2 cars. That’s something Racing Point team principal Otmar Szafnauer is concerned about, telling Motorsport.com:

“My fear is we’re dumbing down the sport too much for a fallacy of anybody can win on any Sunday. If we go six seconds a lap slower, it’s not Formula 1 any more. And before you know it, we’re going to have to slow F2 down.

“In F2, $2 million will buy a ride, but if we’re not careful in 2021, those F2 cars that you spend $2 million on it will be faster than we are with what we’re spending $200 million on. There’s something wrong about that.”

So, is Szafnauer right to be worried about the speed of the cars? Let’s take a look at a few other major rule changes and how that affected the gap between F1 and the top-level feeder series of the time, using the Circuit de Barcelona-Catalunya as a reference point.

In 1998, F1 cars got significantly narrower and had the slick tyres replaced with grooves in an effort to reduce the cornering speeds. It worked – Mika Hakkinen’s pole time for the 1998 Spanish GP (1:20.6) was almost four seconds slower than pole position the year before. But even the slowest qualifying time of 1998 (Ricardo Rosset failed to qualify with a 1:25.9) was almost 10 seconds quicker than Juan Pablo Montoya’s pole position lap in Formula 3000, the step below F1 at the time.

Fast forward to 2009, and the cars underwent another massive change. Most of the winglets and aero devices that cars sprouted in the mid-2000s were banned and the front and rear wings simplified. However, slick tyres were also brought back, which saw a slight gain in performance, and the unexpected loophole of the double diffuser saw cars regain pretty much all of the downforce that had been lost elsewhere. The result was cars that ended up being a second faster in qualifying for the Spanish GP than they had been the year before. Giancarlo Fisichella was slowest in qualifying in 2009 on a 1:22.2, but that was still 5.5 seconds under Romain Grosjean’s GP2 pole time.

Things were a little different in 2010. Three new teams (Lotus, Virgin, and HRT) all joined the sport under the pretence of cost-cutting rules which never happened, resulting in the three of them being way off the pace. Bruno Senna was last on the grid with a 1:27.1 – just six tenths quicker than Jules Bianchi’s pole time of 1:27.7 in GP2.

2014 saw another big change in F1 when the sport adopted the 1.6 V6 turbo hybrid power units. Although the power was initially roughly the same as the old V8s, many teams struggled with the extra weight and the result was some cars which were almost embarrassingly slow.

Lewis Hamilton’s pole time of 1:25.2 in Barcelona was only four seconds faster than Stephane Richelmi’s GP2 pole time – but it gets worse. Richelmi’s 1:29.2 would have put him ahead of four F1 cars in qualifying – both Marussias and both Caterhams. Marcus Ericsson and Kamui Kobayashi brought up the rear of the F1 field with a 1:30.3 – a time which would only have put him 14th on the GP2 grid, and which was only 5.3 seconds quicker than the GP3 pole time.

Imagine how that must have been for Ericsson in his debut season, being promoted up to F1 only to end up in a car which was slower than the one he had been racing in GP2.

It was even worse the following year. While the cars at the front of the grid got quicker, the two Marussias were slower than Caterham had been the year before to the point where Roberto Merhi would have been plumb last on the grid for the GP2 feature race in Spain – and only 3.4 seconds faster than the GP3 pole time. Big ouch.

This was also around the time when the World Endurance Championship was getting properly massive. The LMP1 class attracted big manufacturers, had unpredictable racing, and cars that looked like spaceships with very different interpretations of the rules. Plus, they were not only fast enough to get onto an F1 grid, but had race pace that would have worried the front-runners – all while being able to sustain that kind of pace for hours on end.

It’s no wonder that F1 had to react with new rules to make the cars faster in 2017 in order to re-establish itself as the pinnacle of motorsport… which brings us onto another point: teams always end up making cars faster than the rules intended.

We already touched on it with the double diffuser in 2009, but whenever the rules take away downforce in an attempt to keep speeds under control, teams claw it back in other areas. When the rule changes for the faster, wider cars in 2017 were announced, the goal was that they’d be between three and five seconds faster than the 2015 cars; pole for the 2017 Spanish GP was 5.5 seconds quicker than in 2015.

And In 2019, when the front and rear wings were simplified, the changes were expected to make the cars slower by around 1.5 seconds. That really didn’t work, because pole in Spain last year was actually one second faster than it was in 2018.

The estimation for the 2021 regulation changes is that they’ll be around three seconds slower than what we have at the moment. Will that make it slower than F2? Errm, no. It won’t even be close. Robert Kubica was the slowest driver in qualifying in Barcelona last year with a 1:20.2, but that’s still almost eight seconds faster than Luca Ghiotto’s F2 pole time.

And that’s assuming the cars are three seconds slower. With the knowhow of F1 engineers, it’s more likely they’ll only be a second or two slower. And even if they dropped the six seconds Szafnauer is predicting, they’ll still be well ahead of Formula 2 pace.

The only way we’ll see a Formula 2 car going quicker than a Formula 1 car in 2021 is if a new, hopelessly under-prepared team comes into F1, F2 decides to introduce a new car weighing 300kg with a V10 engine, or if Yuji Ide decides to make a comeback with Williams.

Yeah, they’ll be a bit slower than they are now, but so what? Give it a couple of years of development and speed will be back close to where they are at the moment. And if they race better than the current cars and help to provide thrilling racing, the fact they’re not as fast as they used to be will be the last thing on everyone’s mind. 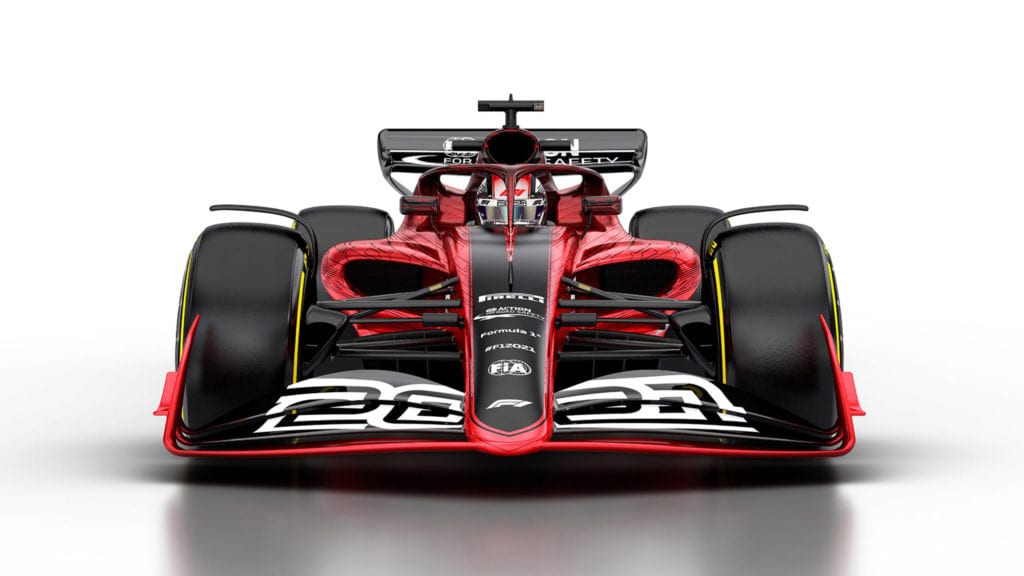