Williams has teamed up with Airbnb to present F1 fans with a pretty unusual but incredibly cool competition, with the prize being a sleepover at Silverstone.

No, we’re not talking about a camping trip in a muddy field. You could stay in the Williams garage over the British Grand Prix weekend.

We’ve definitely not seen a competition like it before, but yep, two F1 fans are in with a shot at having the ultimate sleepover in the Williams garage at Silverstone.

The winner of the competition and guest will spend a night in the Williams garage, which’ll (apparently) be “transformed from a bustling workplace into a peaceful bedroom”.

They’ll be treated to dinner on Saturday 15 July after qualifying before staying overnight in the garage, with breakfast the next morning on Sunday 16 July.

The winner and their guest will also get trackside seats for the race. We’d imagine they’ll have to be chucked out at a fairly early hour though, to make way for the mechanics and engineers.

But, it’ll probably be worth it to spend the night in a bed nestled between two current F1 cars.

Deputy team boss Claire Williams will act as host and the winners will meet Felipe Massa too.

They’ll also get a proper garage tour and get the chance to meet mechanics and engineers, and get to know how an F1 team works. Sounds pretty cool, doesn’t it?

To see (a lot) more information and find out how to enter the competition, go here. 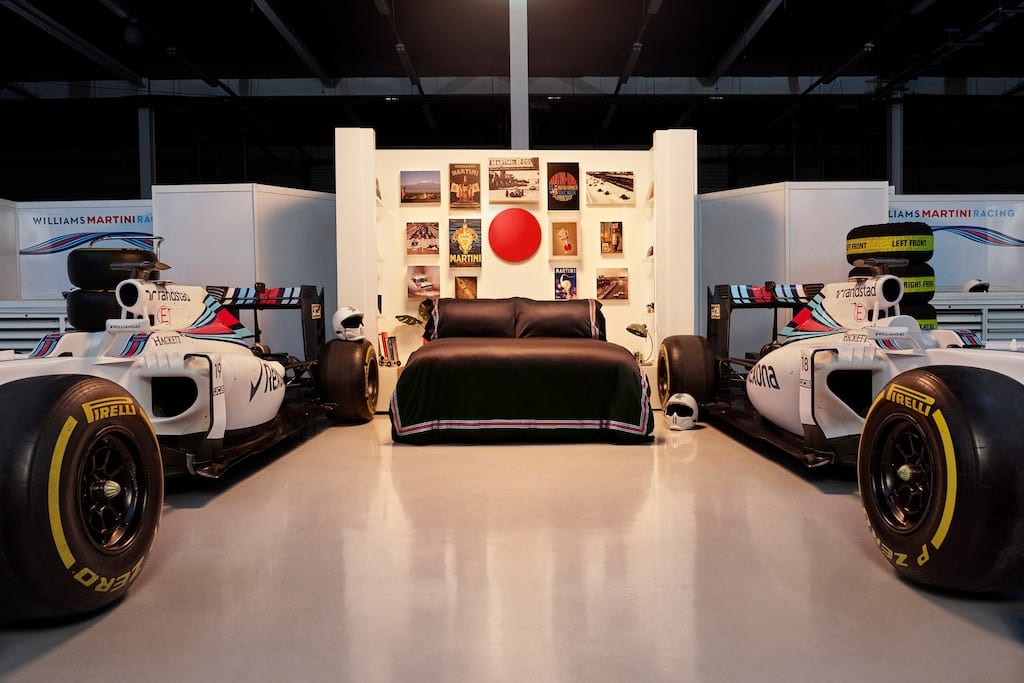