Williams’ First Ever Ground Effect F1 Car Is Up For Auction

Buddies with a Russian oligarch? Heir to a Canadian fortune? If so, then you could probably bid for the Williams FW07 that’s going up for auction on racecarsdirect.com.

Debuting in the 1979 season, the iconic FW07 was the first ground effect car that Williams designed, and that year became the first Williams to lead and win a grand prix. The following year a development of the car helped Alan Jones to the championship, and win back-to-back constructors’ titles in 1980 and 1981.

The chassis for sale here is the FW07/01, the car that propelled Jones to victory at the 1979 Dutch Grand Prix, before going on to race in the British Aurora series in 1980.

The car was fully restored a few years ago, the result of thousands of hours of work, with original parts being used where possible. In cases where some parts were unavailable, original engineering drawings were used to recreate certain parts of the car to a race-spec standard. The Ford Cosworth DFV V8 engine was restored to working order in 2013, meaning that you can also experience what an F1 car of the era should sound like (in other words: really, really good).

There’s no price estimate, but for such a significant piece of Williams history, you’d expect it to be pretty expensive. You can view the full listing here. 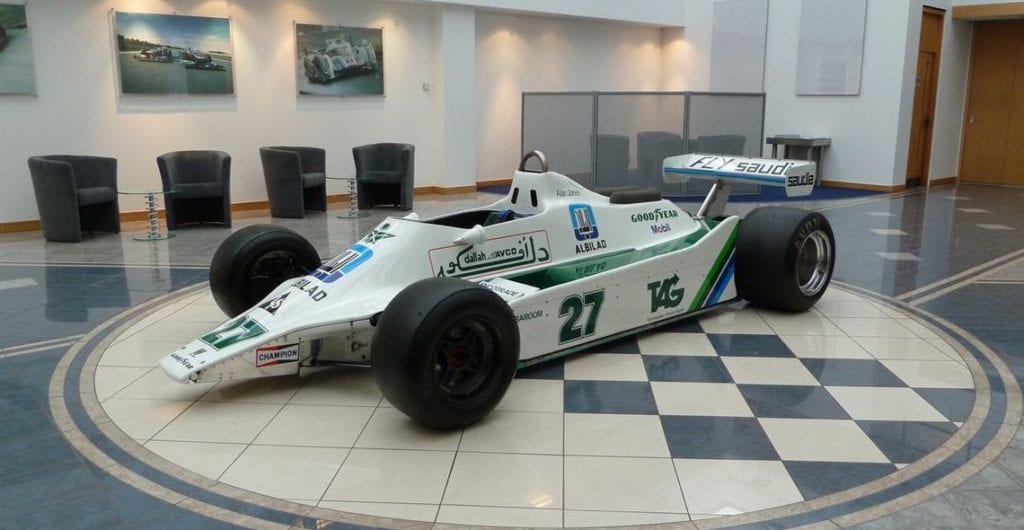