Ticktum had a solid year in 2018, winning the Macau GP for the second time and coming close to winning the European F3 championship. It seemed like Red Bull was keen to place him at Toro Rosso for 2019, but with Mick Schumacher pipping him to the F3 title (a defeat he didn’t take especially well), Ticktum failed to achieve the necessary number of super licence points to make it up to F1 – a legacy of his ban for deliberately crashing into a rival under safety car condition in an F4 race back in 2015.

After a disappointing attempt to make up the deficit in Asian F3 (which later turned out to not be worth any points), he moved to Super Formula. Results were again disappointing and, after rumours that he was proving difficult to work with, was dropped by his team – and Red Bull – in the middle of the season.

20-year-old Ticktum has still been focused on trying to make it to F1, though, and has now been picked up by Williams. Throughout the year, he’ll work with the team both trackside and in the simulator. He said of the announcement:

“It is a privilege to be joining the Williams Racing Driver Academy, especially given Williams’ incredible heritage in our sport. The time in the simulator and experience working with the team will prove invaluable for my development. Being fully integrated into the operations will be a fantastic opportunity and I look forward to assisting wherever I can.”

Ticktum will dovetail his Williams role with a full season in Formula 2, driving for reigning teams’ champions DAMS – the same outfit new Williams race driver Nicholas Latifi raced for. If he has a good season there and gets the super licence points he needs, could we see Ticktum in F1 after all? 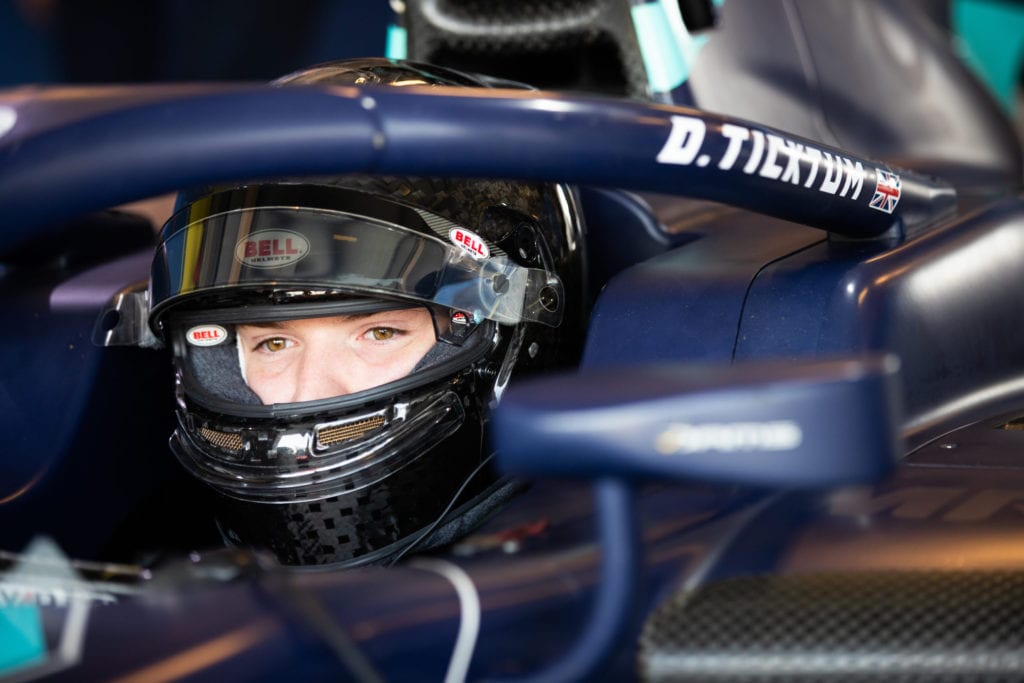