They are retaining their driver lineup of George Russell and Nicholas Latifi for 2021, but the look of the Williams FW43B had had a serious makeover! Embracing the traditional blue colour palette commonly found on the Williams, the livery now contains some funky yellow detailing and a blue striped design over the engine cover.

The Williams livery launch was meant to happen through an augmented reality app, which had several fans seriously excited about this futuristic and different kind of launch from what we had seen previously.

However, the app was hacked before its launch on Friday, which led to Williams made the difficult decision to “remove the app from both the Apple App Store and Android Google Play store”.

“We were very much looking forward to sharing this experience with our fans, particularly during this difficult time when being able to bring in-person experiences directly to our fans is sadly not possible,” the Williams team said in a statement.

“We can only apologise that this has not been possible.”

Are you a fan of the new design? Let us know in the comments below. 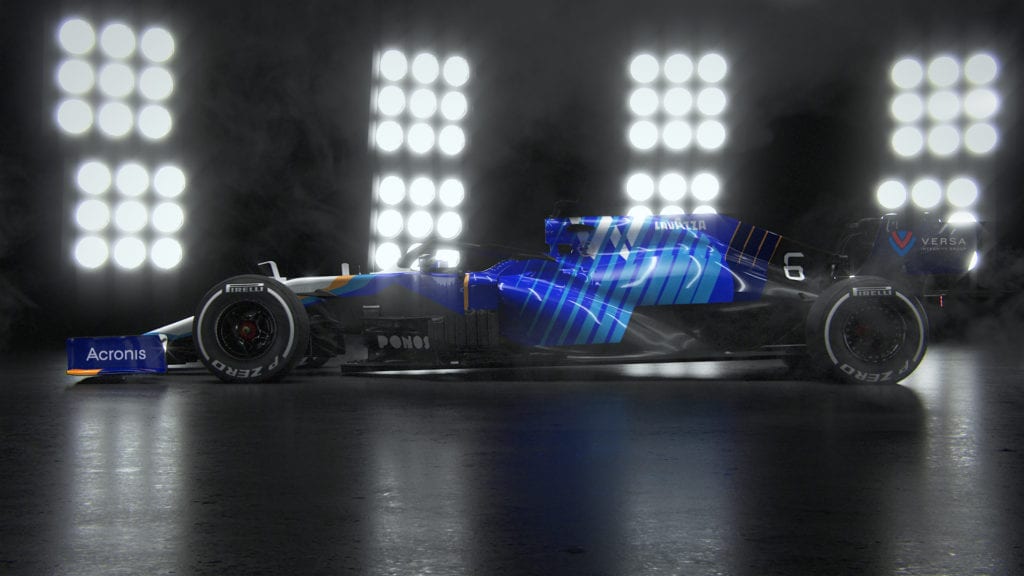