Last year F1 revived the tradition of having a raft race in the Olympic rowing lake alongside the Circuit Gilles Villeneuve and thankfully, it made a return this year, too.

It used to be a big deal back in the 90s as teams would actually build their rafts from old bits of F1 car and whatever was lying around the paddock, but things are bit more organised these days. Most of the F1 teams (plus a few others) took part and were given a selection of materials from which they had to build their raft before racing them across the lake.

Last year McLaren overcame its on-track issues to claim victory and this year it was kind of a similar story, with Williams taking its first win since Pastor Maldonado in the 2012 Spanish Grand Prix. 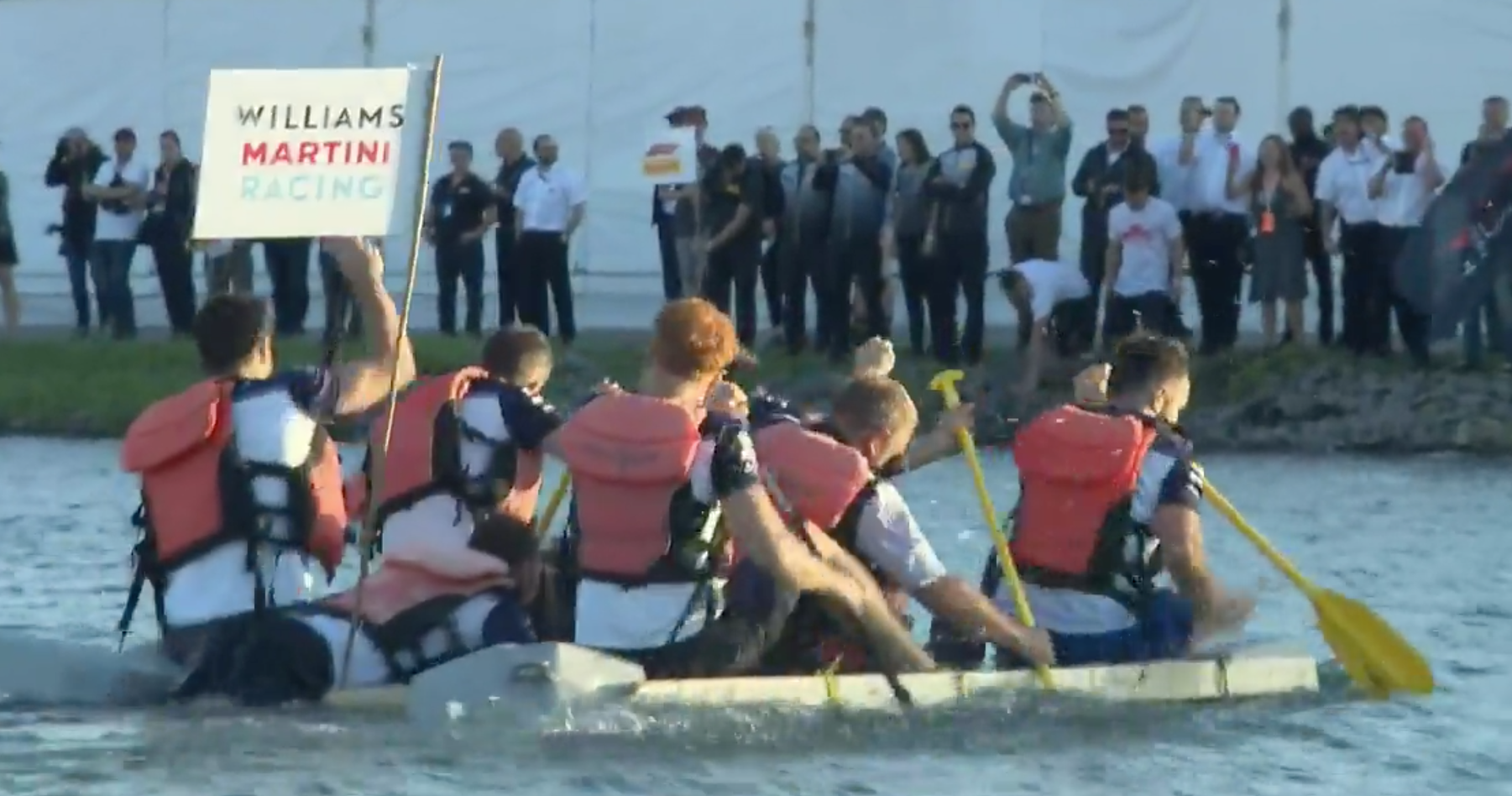