Mercedes boss Toto Wolff has admitted that he now believes that Ferrari truly has a stronger power unit than Mercedes, which has held the lead in this department since the beginning of the hybrid era. It marks a legitimate shift in the fight for the championship after Vettel managed his lead spectacularly throughout the Belgian Grand Prix, not allowing the pursuing Lewis Hamilton a sniff at victory. After the race, Wolff told Sky F1:

“We were swallowed up on the straight. It is a deflating feeling. We weren’t good enough. Our car is not the quickest and you can see plenty of deficit.

“I think after days like this, you have to question where you can improve yourself. I look at today’s race and I see many deficits. We’re a strong team but there are deficits that are obvious which cause us not to perform as we expect.”

“It’s not about somebody else outperforming us, it’s about us finding the clues to understand our underperformance. We can see that they have a slight power advantage and when you add that to our weaknesses, in Turn 1 especially, that causes the double-whammy.”

In the aftermath of the Belgian Grand Prix, Lewis Hamilton’s comments about the Ferrari having some hidden tricks up its sleeve have been widely and deliberately misinterpreted to a degree that he has been forced to call some articles out on social media. In the context of having just walked away from looking at the cockpit of the Ferrari, and finishing second to it, and this comment taking place in a Formula 1 paddock, it is clear to any F1 fan what Hamilton meant by “trick” – and it’s nothing to do with suggestions of foul play.

Nonsense aside, the ramifications of Ferrari’s power unit gain is clearly huge in the context of the championship. Hamilton’s lead in the standings has been reduced to 17 points – if he finishes three more races in second place to Vettel, then the Ferrari driver will lead the championship. Mercedes is bringing a power unit upgrade for Monza next week but both drivers are on the limit of PU components, so the hugely popular grid penalty system could actually end up having a significant effect on the title fight. Hooray…

We are currently enjoying the development of a tense title fight that nobody can really call as of yet; this is also the first time in the hybrid era that Mercedes genuinely appears to be on the back foot in terms of performance. Every corner counts in this fascinating battle for the 2018 title, and we must respect the weight on the shoulders of these two ferocious competitors. 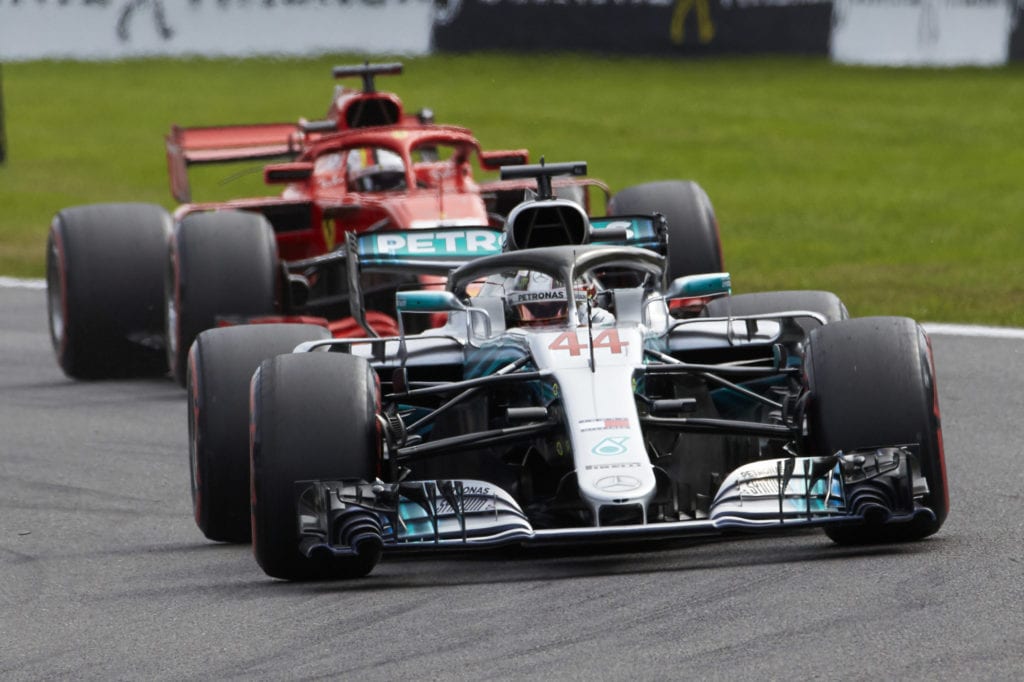