Wolff Says Mercedes Would Give Grosjean A Private Testing Opportunity

Mercedes Boss Toto Wolff has said the team would be happy to grant Romain Grosjean a private testing opportunity if he was unable to take part in his final F1 race at Abu Dhabi, after the Haas F1 driver suffered injuries in a horror crash at the start of the Bahrain Grand Prix.

“The story would be beautiful to go to Abu Dhabi,” Grosjean has said when discussing a possible return to racing with the world’s media this week. It would probably be his last opportunity to compete in F1 after it was confirmed both him and teammate Kevin Magnussen wouldn’t be racing for Haas in 2021.

“If I don’t [race in Abu Dhabi], I’ll call every single Formula 1 team and see if anyone would offer me a private test in January or so to jump back in the car and have 10, 15 laps for myself.”

With the whole F1 community wanting to come together to celebrate Romain’s recovery from the crash he experienced on the first lap of the Bahrain Grand Prix, teams such as Mercedes have said they would be happy to give him the “opportunity” if no others do.

“If we are allowed to do this and nobody else within his universe of teams that he raced would provide him with such an opportunity, we would do it,” Toto Wolff has been quoted as saying. 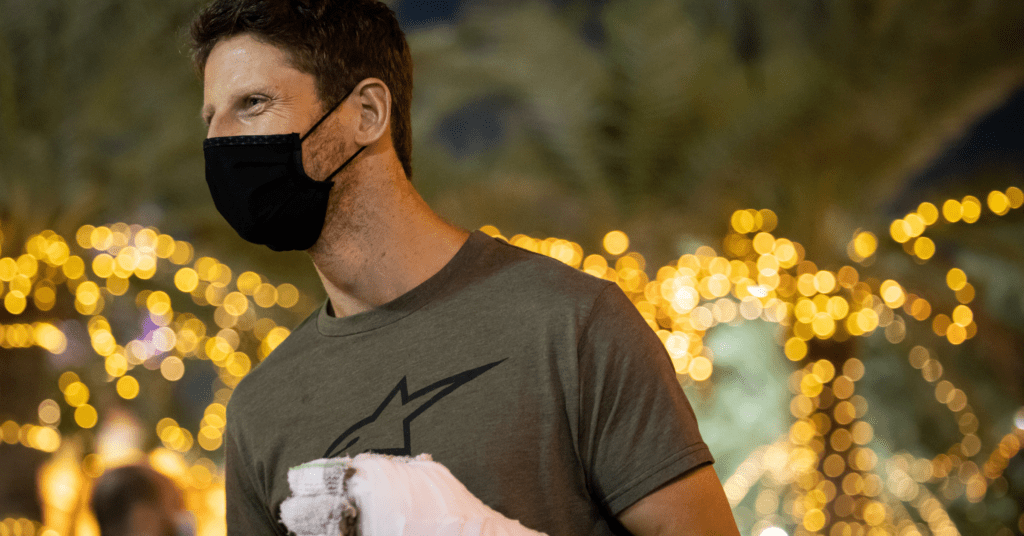