Wolff Told Media They Would Decide On Mercedes Seat This Winter As A Wind Up – WTF1
Skip to content
×
Driver News , Formula 1
1 comment

It’s the answer all fans are looking for. Who is going to be in that second Mercedes seat next year? Will the team keep Valtteri Bottas, or will they trade him in for a younger model in the form of George Russell?

One man who is already tired of answering these questions from the media is Mercedes boss Toto Wolff. So much so, earlier this week, he told the press that Mercedes would decide after the season finished in the winter break. It seems like a long time away, but not impossible after Lewis Hamilton only signed his 2021 contract in February this year.

However, Toto has now revealed that was all a load of bullshit and was a “wind-up because we get asked this question so often”. Fair play Toto, fair play.

“So, what’s the delay? Two drivers for one seat. Two drivers that still can have a great career in F1,” Wolff continued.

“I want to just see Valtteri’s full potential this year and continue to observe George in driving for Williams and handling their situation.”

Of course, there is all this chatter of the second Mercedes seat, but Hamilton hasn’t even signed on for 2022 or beyond yet! 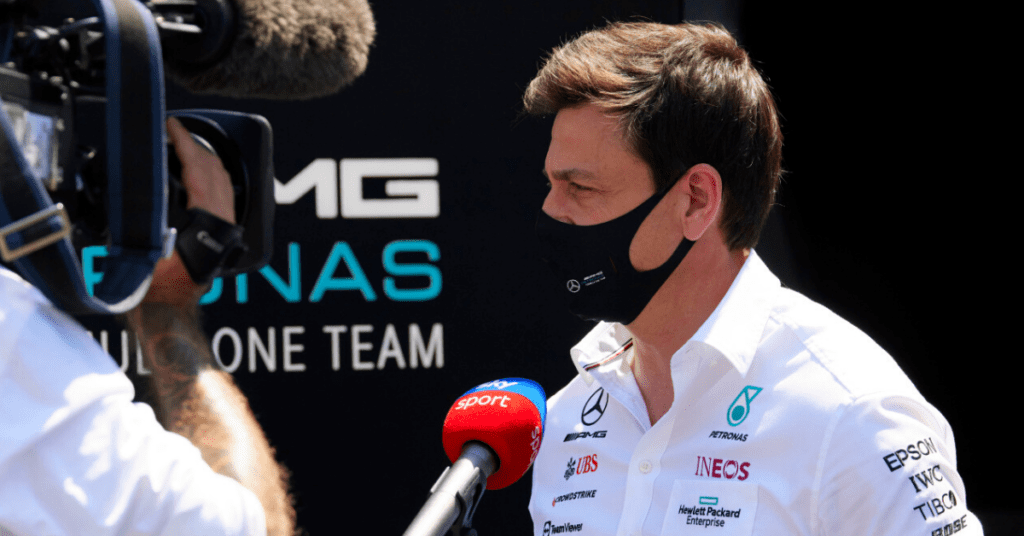