Wolff’s Reaction After Hamilton Let Bottas Through Is Hilarious

Asking one driver to move aside and let his team-mate have a go at challenging the cars ahead is probably a pretty nerve-wracking decision to make.

When you add to that the driver’s ‘promise’ of giving back the place if they’re unsuccessful, and the uncertainty over whether or not that will actually happen, it’s definitely a tense time.

That’s what happened between Valtteri Bottas and Lewis Hamilton at the Hungarian GP, but thankfully for Mercedes, Hamilton was a “man of his word” and let the second Silver Arrows back through for P3.

Mercedes boss Toto Wolff’s reaction to this was caught on camera and is absolutely incredible. We’re thinking he looks very pleased (and relieved) Hamilton lived up to his promise.

The awkward, lingering eye contact with a stern-faced Niki Lauda does look a bit scary – presumably the three-time F1 champion wasn’t as happy with the move.

It almost looks like Lauda bet Wolff £5 that Hamilton wouldn’t actually give the place back, and Wolff is rubbing in the fact that he did. 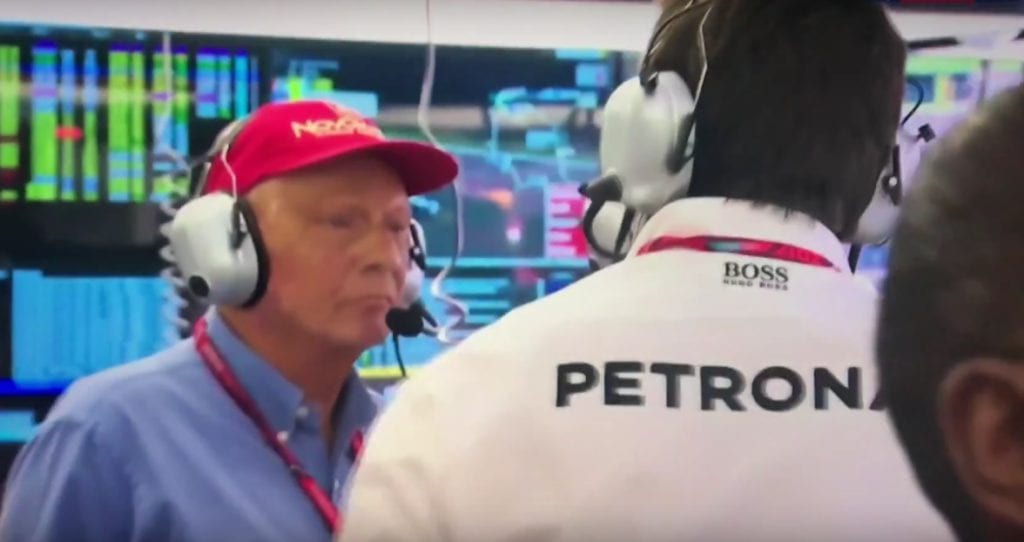