World Rallycross Has Postponed Its Plan To Go All-Electric

World RX made the very bold and forward-thinking decision to make the top class entirely electric in the 2020 season. If that seems a bit soon, it turns out it is – the electric cars will now be introduced in 2021 in order to give car manufacturers more time to flesh out their plans.

That means that we’ve still got two seasons after this one to enjoy the 600bhp, 2.0-litre turbocharged monsters competing for the world championship. The supercars will still be a part of the programme after that, but any drivers or manufacturers wanting to go after the world championship will have to compete with electric vehicles.

“We are on the verge of an exciting new era for motorsport. Electric cars are increasingly important to all areas of mobility, and rallycross is the perfect platform to demonstrate the incredible performance capabilities of electric cars in a fun, competitive and cost effective environment.

“A huge amount has been accomplished in a relatively short time since the first formal meeting in June 2017. A completely new type of rallycross car has been conceived and defined, and so it is worth waiting a little longer to secure the best possible field of competitors. We believe that fans new and old will love what will be a thrilling addition to their favourite events.”

The new cars will all be based on a common chassis built by Oreca, with manufacturers building their own bodywork. They’ll also get to develop their own motors, but the batteries will be supplied by Williams Advanced Engineering.

Any manufacturers who are interested have until 29 March 2019 to commit to the project, and its expected that the first cars will roll out during the 2020 season. 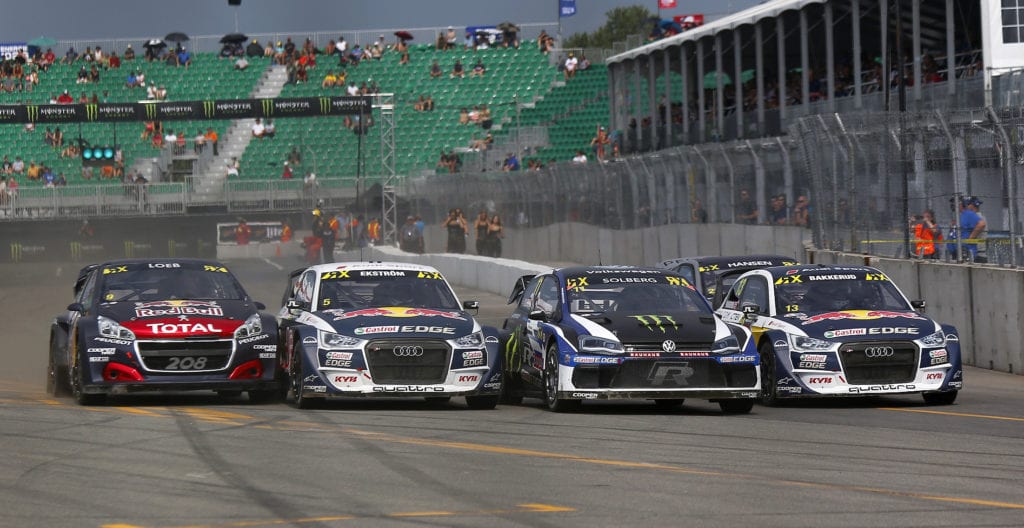