World Rallycross Is Adding A Series For Electric Cars To Its Roster – WTF1
Skip to content
×
News , Rallycross

World RX has had a bit of an unsteady relationship with its electric future. Originally the idea was to turn the World Championship into an electric category for 2020, but with manufacturers not having enough time to commit to the new class, that was delayed until 2021. However, that concept has now been dropped altogether, with the World Championship remaining with the turbocharged 2.0-litre, 600bhp+ Supercars ruleset – great news for aural enthusiasts.

Instead, World RX has announced another electric series called ‘Projekt E’. There are few details on what the championship will actually involve at the moment, other than that it will be introduced “by 2021 at the latest” and that it will run alongside the current Supercar format.

Torben Olsen, the Managing Director of World RX for series promoter IMG, explained in a statement why the previous concept failed:

“We have been in discussions for nearly two years with a number of manufacturers. Ultimately it emerged that the manufacturers were not yet ready to commit in sufficient numbers to make a fully-electric World Championship a reality. However, we believe that Projekt E is a positive step forward to deliver on our 2017 pledge. Projekt E enables us to embrace emerging technologies, remain relevant, and show that electric cars are fast and fun.”

While it’s cool that the World Championship will remain old-school for now, it’s good to see the series pressing on with electric plans. After all, rallycross is the ideal place to showcase the pure performance potential of electric power – short races in massively powerful cars with little concern for things like energy conservation or management of the equipment.

As for this season? The first round gets underway in Abu Dhabi on 4-5 April. Johan Kristoffersson isn’t competing this year, so hopefully it’ll be a slightly closer championship… 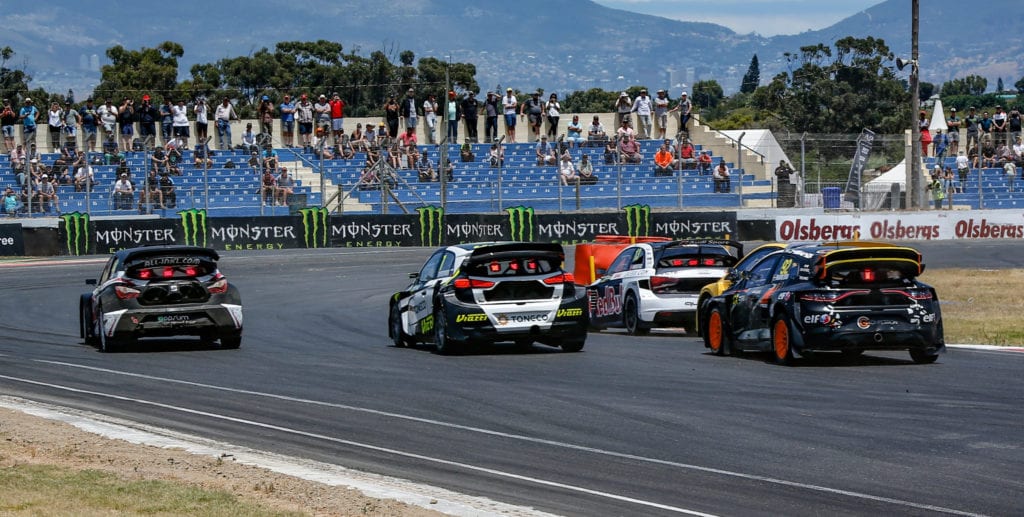