World Superbikes Had Its Own Version Of Indianapolis 2005

The penultimate round of the World Superbike Championship took place at the San Juan Villicum circuit in Argentina last weekend.

Unfortunately, the riders felt that the track wasn’t safe enough to race due to high temperatures and a dusty surface and argued with officials, asking for the Saturday race to either be postponed to Sunday or cancelled altogether. However, the FIM (motorcycle racing’s equivalent to the FIA) homologated the circuit as safe on the Wednesday before the event. And much like the tyre fiasco at the 2005 United States Grand Prix, the race went ahead and basically left it to the teams and riders to decide if they wanted to race or not.

Six of the 18 starters – Chaz Davies, Marco Melandri, Sandro Cortese, Eugene Laverty, Leon Camier and Ryuichi Kiyonari – elected to boycott the race, with Loris Baz having already been ruled out through injury due to a crash earlier in the weekend.

Yikes. There might have been more withdrawals, too, but Davies explained to Eurosport that some riders may have faced outside pressures to start the race:

“For a few months we’ve know the situation at San Juan and on Wednesday night the circuit was homologated even though by admission from the FIM they said the circuit didn’t come up to homologation specification. The temperature has gone up and up today and we felt as riders, 80 or 90 per cent riders, before the race all agreed that it was incredibly risky to go and do it.

“Unfortunately there is always pressure from outside, from team managers, from manufacturers, from certain manufacturers but not here luckily, to go out there and race. Some people have still got things to fight for and in this case some of us stuck together and even the world champion [Jonathan Rea], two minutes before the pit lane opened he said that he wasn’t happy to go and race.

“He had massive pressure from his team to go and do it, and he wasn’t happy to go and do it and yet he has lined up. He is worth a lot more than all of us, he speaks for 10 or 15 of us and I am super disappointed in that.”

We're off and running🚦

Thankfully, the race finished safely with no other retirements as Alvaro Bautista won from Rea. The Sunday races went ahead with a full field and no problems, however there were still some frustrations from those who sat the first race out – Laverty called Rea “spineless” for caving in to the pressure to race having previously said that he wouldn’t. 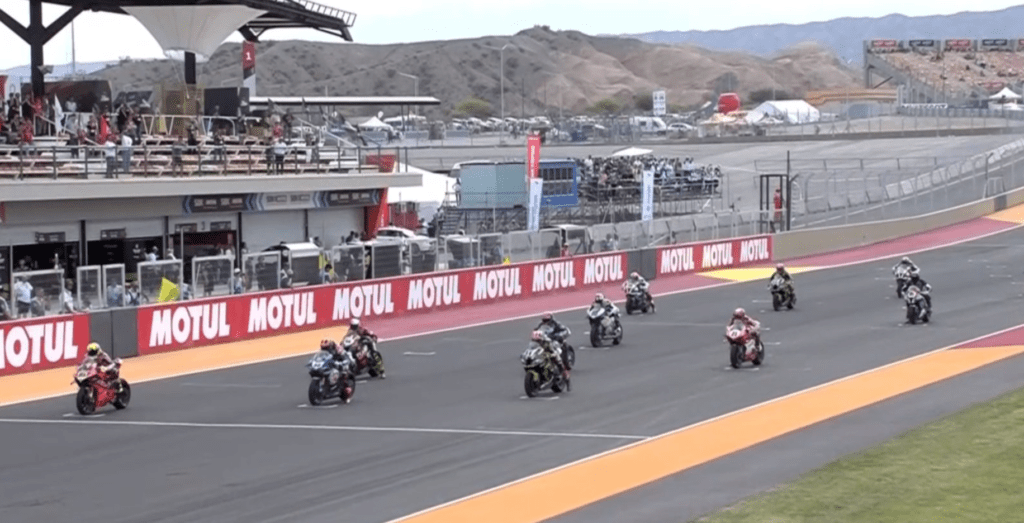