The WTF1 logo and name will appear on the Number 2 Jenson Team Rocket RJN Car during the Silverstone 500, with the McLaren 720S GT3 being driven by World’s Fastest Gamer James Baldwin and teammate Michael O’Brien.

The racing team, which was founded by 2009 F1 World Champion Jenson Button and his close friend and former Le Mans LMP2 winner Chris Buncombe in 2018, took victory in the first race of the season in British GT Championship at Oulton Park and has remained competitive throughout the year.

Baldwin and O’Brien currently sit fourth in both the drivers’ and constructors’ championship standings with the Silverstone 500 being the final race of the season.

During the finale, they will be joined by Button and Buncombe, with Button making his GT3 debut in a McLaren 720S for the team as a Pro-Am entry.

How amazing does the WTF1 logo look on the car? Many thanks to James for modelling it so beautifully.

If you would like to watch Button and Buncombe race alongside World’s Fastest Gamer James Baldwin and Michael O’Brien, the Silverstone 500 will be on November 7th and 8th. A definite date for the diary!

You can also watch it, for free, on The Race’s YouTube channel. Set yourself a reminder through the link below. 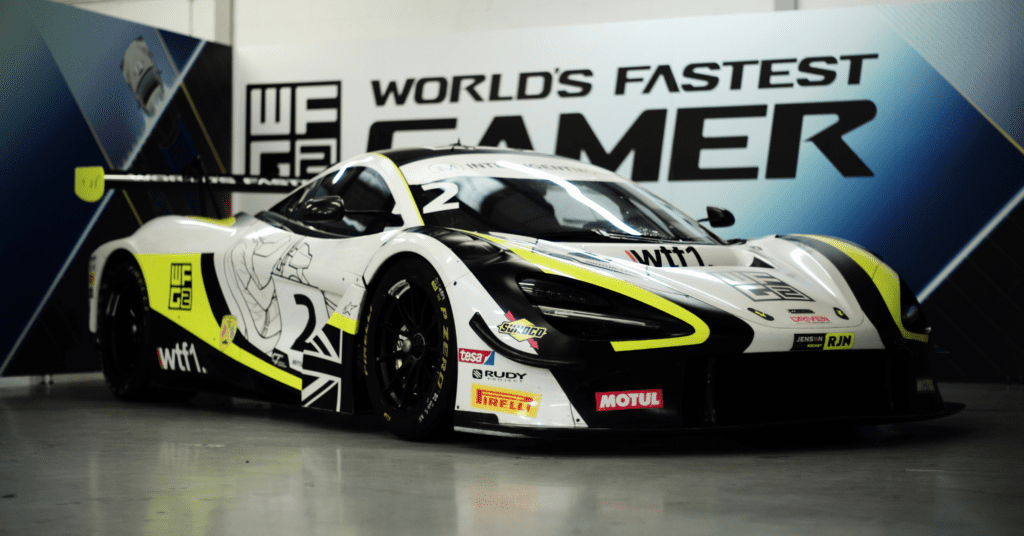