If you thought the 2017 grid was already as colourful as it could be, think again! There had been rumours of a livery change for Force India but it’s now been officially confirmed.

The revised livery comes as a result of a sponsorship agreement with Austrian water technology company BWT, making it the first pink car in F1 since the 1992 Brabham BT60B as raced by Damon Hill.

The deal with BWT is apparently a long-term relationship (so it looks like they’ll be pink for a while!) and both Perez and Ocon will have pink helmets to match the colour scheme of the car. It’ll be fun trying to tell them apart then…

Still, it’s a definite improvement over the bland silver design we saw from the team in pre-season testing. Hey, maybe that’s why it was so boring – there’s no point putting effort into something that’s going to be changed, right?

The Mucke Motorsport team has raced with pink cars in the DTM for the last couple of years thanks to their association with the same sponsor, and this year will see the pink BWT-liveries expand into the German Formula 4 and GT championships as well. There’ll be pink liveries everywhere at this rate!

It’s crazy to think that just a few years ago pretty much all the liveries on the F1 grid were various shades of white, black and grey with the odd bit of blue and red.

Now we’ve got a grid full of awesome bright colours so there’ll be no excuse for getting the teams confused with each other. The Renaults are the bright yellow cars, the Force Indias are the pink cars, and the McLarens are the broken down cars! 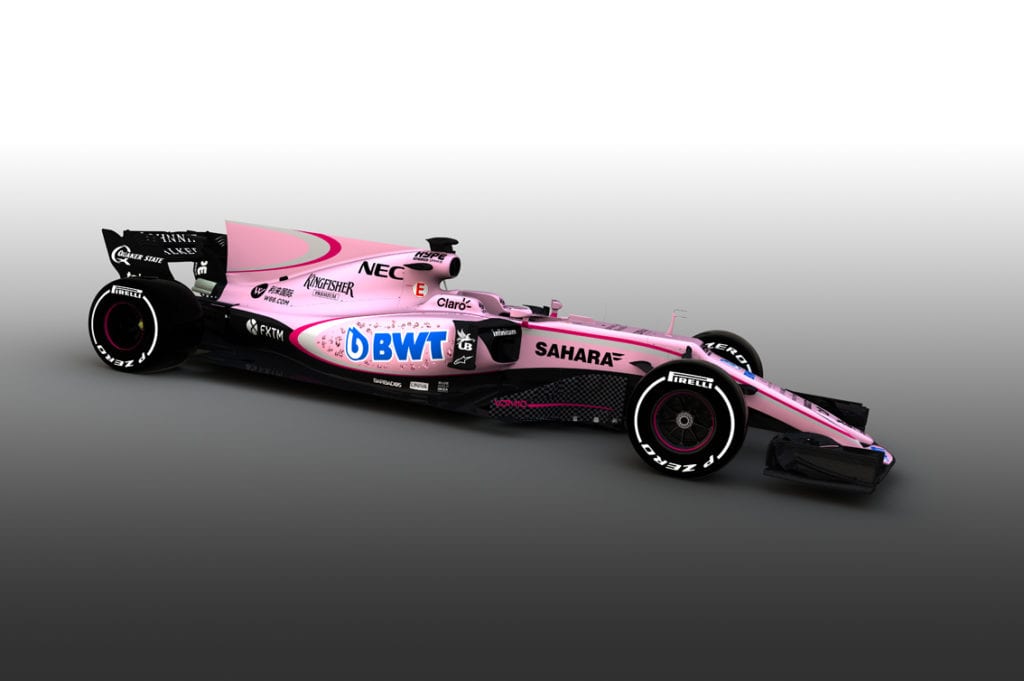