You Can Buy This Half-Scale, Fully-Working Replica Of Niki Lauda’s Ferrari F1 Car

The 1976 Formula 1 season was one of the most famous and dramatic in the history of the sport as James Hunt and Niki Lauda fought for the championship amidst life-threatening accidents and plenty of controversy (they really should make a film about it). That year Lauda was driving the Ferrari 312T2, part of one of the most successful lines of F1 cars of all time. Though he may have lost the title to Hunt, Ferrari took the constructors’ title, and to commemorate the occasion this half-scale, fully working replica of it was built.

The first car was shown off at the 1977 Bologna motor show and Lauda himself was so impressed that he ordered one for his son. The cars weren’t just built to look like the real thing either – many of the parts were specially commissioned from Ferrari’s suppliers, with the likes of Goodyear making tyres bespoke to the car.

Of course, it doesn’t have a miniature version of the flat-12 engine that was in the real car but instead has a simple two stroke unit complete with a two-speed gearbox. It also has hydraulic disc brakes, independent suspension and even a working rain light at the back. The bodywork and livery is spot on, too.

Only five of these were made before the company went bust, with two more being completed from the remaining spare parts. This is one of the original five and is expected to fetch over €40,000 when it heads to auction in Monaco next month. It’s listed as being a perfect collectors item for display in a garage or office but sod that – it should be out being driven as fast as possible!

Check out the full Bonhams listing by clicking here. 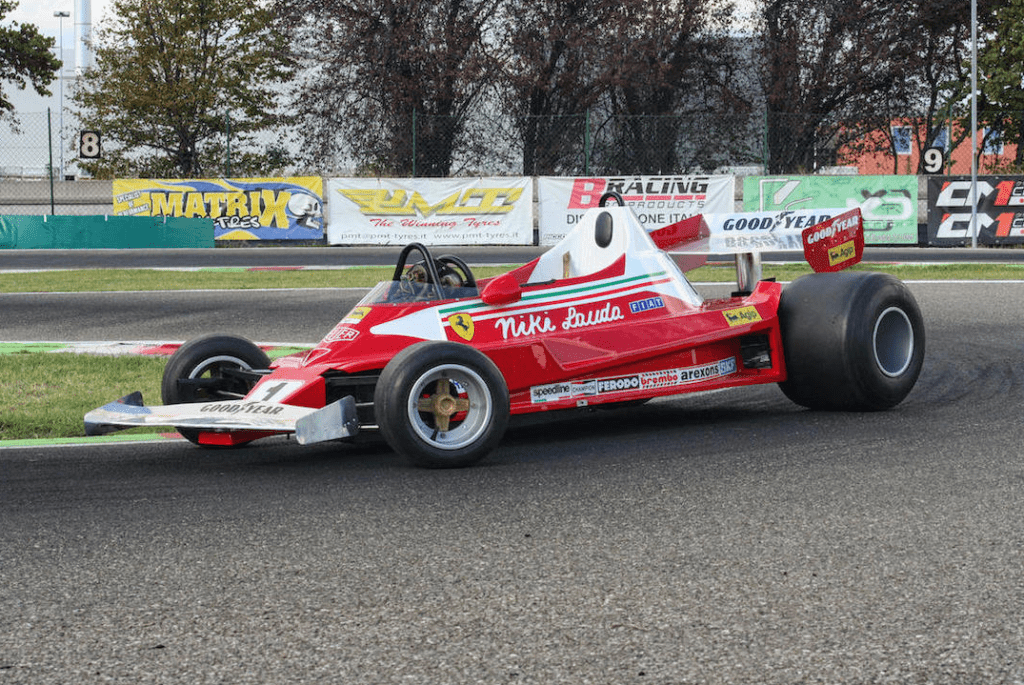