Ahh yes, Monopoly – the go-to board game if your family get-together is going a bit too well and you fancy causing a few arguments. It’s a classic game with numerous special editions, but this Nurburgring version is the one that really captures our imaginations.

All of the properties have been replaced by legendary sections from around The Green Hell’s fabled 12.9-mile layout. The most expensive property (Mayfair in the standard UK version) is, of course, the iconic Karrussel, with the bumpy Pflanzgarten sequence and long Dottinger Hohe straight also ready to have you sneakily raiding the bank when no-one else is looking.

The Railway Stations have all been replaced with grandstands; the utility squares are now either the Grand Prix or Historic paddocks, while the ‘Community Chest’ and ‘Chance’ cards are now ‘Pit Stops’ and ‘Team Meetings’.

The corner squares are all the same as usual, which is a bit of a shame – surely ‘Jail’ could have become ‘The Stewards Office’ or something.

At least the playing pieces are themed, though – there’s an F1 car, a trophy, a tyre, a helmet, a transporter, and a wheel gun.

The downsides? Well, the whole thing is in German only, so you’ll either need to speak the language or run everything through a translator if you want to play it properly. It also costs €44.95 (just under £38), which is a touch steep for a game that you probably already have buried in a cupboard somewhere with a few pictures of the Nordschleife on it.

Still, at least now you’ll be able to compete in your own version of the Nurburgring 24 Hours without having to be a racing driver – because from personal experience, that’s roughly how long it takes to complete a game of Monopoly.

And yet, despite all of that, I still want it. If you do too, it’s available from the official Nurburgring shop. 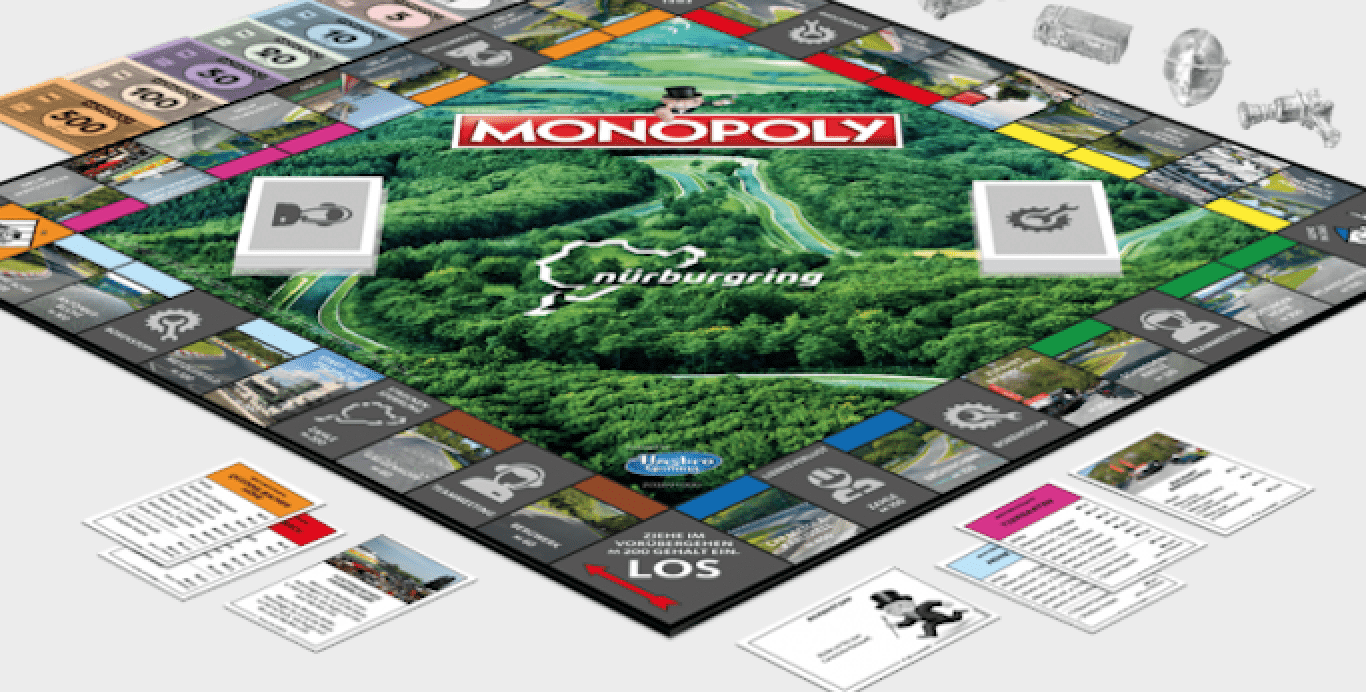