It’s always cool when F1 cars crop up for sale, but with just one seat, it’s not like you could really share the experience with your mates if you bought one.

Built in 2001 and resplendent in that glorious black and orange livery, the idea of making a passenger-worthy F1 car a three-seater instead of a two-seater was simple: it’ll scare the passengers more. You see, the problem with a two-seater is that the passenger is stuck right behind the driver, unable to see what’s in front of them. With a three-seater, your victims will have a clear view of both the circuit ahead of them and the wall you’re about to crash into because you pushed too hard trying to impress them.

They also come with all the kit needed to run them, including a spare engine. There are even custom-made exhaust silencers so that you don’t deafen everyone when you rock up to a circuit with noise restrictions, but given the incredible noise of V10s, it’d just be cruel to use them.

The price? Well, considering the fact they both work, haven’t been used much, and come with an extensive spares package, €595,000 almost seems cheap. It isn’t, but if you had the money, it does seem like a bit of a bargain.

Check out the full ad on racecarsdirect. 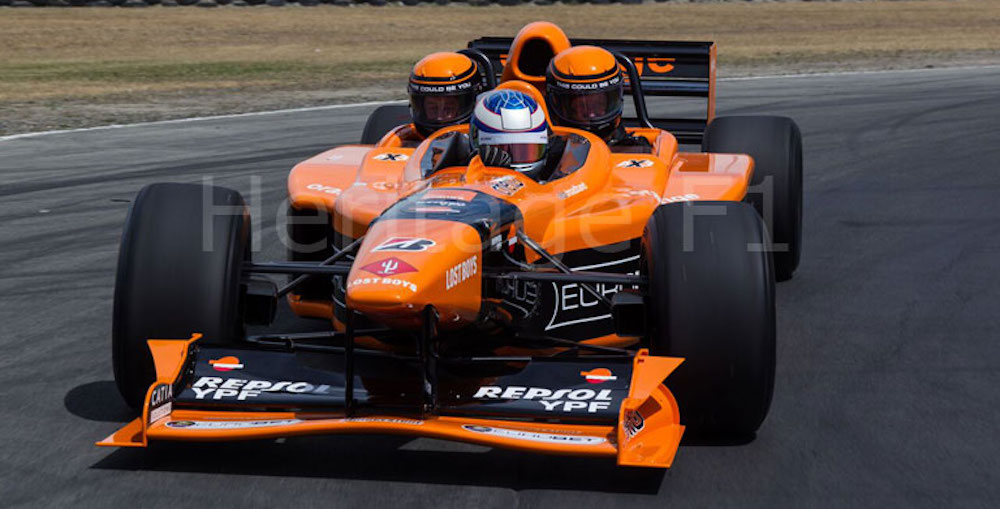