You Should Definitely Watch The Gran Turismo World Finals This Weekend

In a relatively short time, the FIA-backed Gran Turismo World Tour has become one of the biggest sim racing competitions in the world – and one of the most entertaining to watch.

Drivers from all over the world come together to pit their skills against each other in a variety of different cars and race situations – whether that’s a strategy-driven race in GT3-type cars around Spa, an all-out sprint in road cars around one of the game’s fictional locations, a slightly bonkers rally event in the rain, or even 80s F1 cars around Le Mans (yes, that happened), close action is almost always guaranteed.

Throughout the year, drivers have been competing at one of the five World Tour events in the hope of winning and gaining qualification through to this year’s World Finals, which happen to take place in Monaco from 22-24 November – yup, that’s this weekend.

If you’re unfamiliar, the World Tour is split into two disciplines: the Manufacturer Series, and the Nations Cup.

In the Manufacturer series, teams of three drivers share driving duties in longer format races where strategy is as important as outright speed – do they get the slower hard tyres out of the way first to be fast at the end, or try to build a gap on the softs? Winning the races is always the goal, but the overall result is decided by the final number of points scored across the two races in a sort of mini-championship.

Invariably, the races come down to the final laps – if not the final corners – as different car and driver combinations come good at different times of the race. Don’t believe me? Just check out what happened on the last lap of the previous event in Tokyo.

The Nations Cup is the individual competition and tends to be just a bit more frantic. Drivers progress through a series of sprint races to the final, which is slightly longer, has a strategy element, and is a winner-takes-all showdown.

This is arguably the showpiece category of the event and tensions can run high. During the New York tour event, last year’s champion and real-world F3 driver Igor Fraga brake checked main rival Mikail Hizal at the top of Raidillon, causing a bit of a fracas among the community. If this sort of thing happens in the heat of a tour event, imagine what might go on at the grand finals with an FIA championship on the line…

There’s a lot more to love about the competition, too. Firstly, they’re proper events, set in stunning locations and produced to a very high standard. Penalties are dished out by stewards in real-time, there are interviews and features with the drivers between races, Pro-Am events, and the live commentary from Tom Brooks and Jimmy Broadbent is lively, enthusiastic and thoroughly entertaining.

Throw in the excellent wheel-to-wheel action and you’ve got everything you could ever want from a motorsport event, let alone something from the esports arena.

Tempted? Of course you are! We’ll be streaming the whole thing live on both WTF1.com and our Facebook page. We’re also actually going to be there, so don’t forget to follow us on Instagram and watch out for live updates and stories from the event. Excited? Good, because we are! 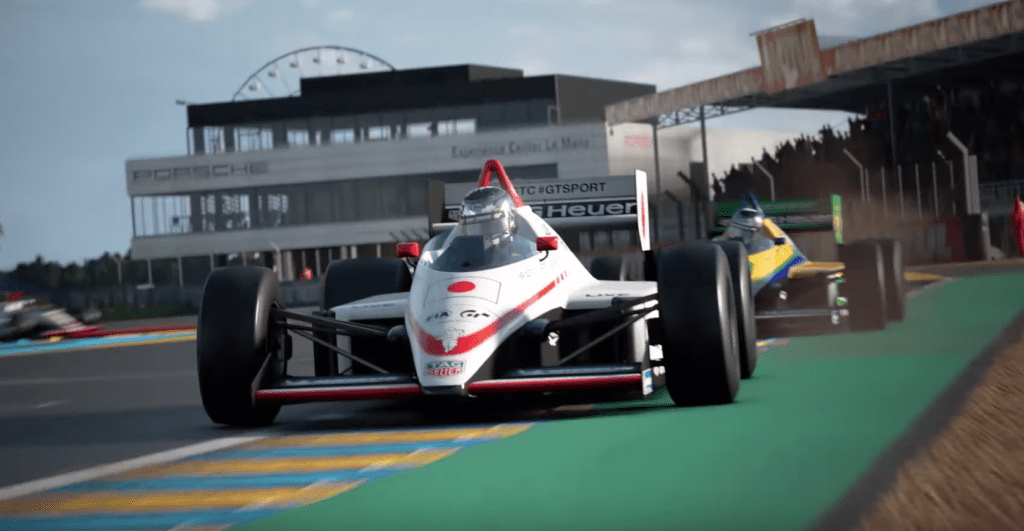