Hamilton is an ambassador for Gran Turismo – or to use his official in-game title, ‘The Maestro’. Until now, that hasn’t actually meant a whole lot, apart from the odd lap guide.

However, somewhere in between winning a sixth title and launching a vegan restaurant, he’s found the time to fire up GT Sport and put in a few quick laps as part of an upcoming DLC pack for the game. Called the ‘Lewis Hamilton Time Trial Challenge’, it will feature lap times (yes, actually set by Lewis himself) for us to try and beat at 10 different in-game circuits.

By the looks of things, they aren’t going to be meaningless, watered-down times that are easy for the average player to beat. To try and give you a leg up, the time trial mode will feature the ability to customise his ‘ghost’ lap – you’ll be able to offset it to run ahead of you or have it reset at each sector if it gets too far ahead so that you can try to follow and study his lines.

You’ll also be able to check out replays of his laps and the telemetry to find out where he’s making up time. Forget ‘Lewis Hamilton Time Trial Challenge’ – perhaps they should have called it ‘Valtteri Bottas Simulator’.

There will also be video tutorials and, according to the launch blurb, he’ll comment on your efforts and give you motivational messages.

Oddly, although the 2017 Mercedes W08 is one of the cars available in the game, it isn’t used for any of the challenges. Instead, you’ll have to master both the Mercedes AMG GT GT3 and the iconic Sauber-Mercedes C9 Group C racer if you want to better his times.

If you do manage to beat Hamilton’s times, the rewards are pretty great. Up to a million credits are available for beating each one and, if you beat them all, the in-game credit limit will be upped from 20 million to 100 million – incredibly useful for those of us who like to hoard our cash.

There are also prize cars for beating each challenge level and, if you do manage to beat one of his times outright, you’ll win a car with a special design from Hamilton’s own ‘Project 44’ team.

We can’t wait for this. Hamilton reckons beating his times will be “very hard” and said that if people do beat them, he’ll have to come back and set some more.

This is the first paid DLC for GT Sport (which, amazingly, has now been out for over two years) and although the price hasn’t been revealed yet, the release date has – 28 November. Time to get practising… 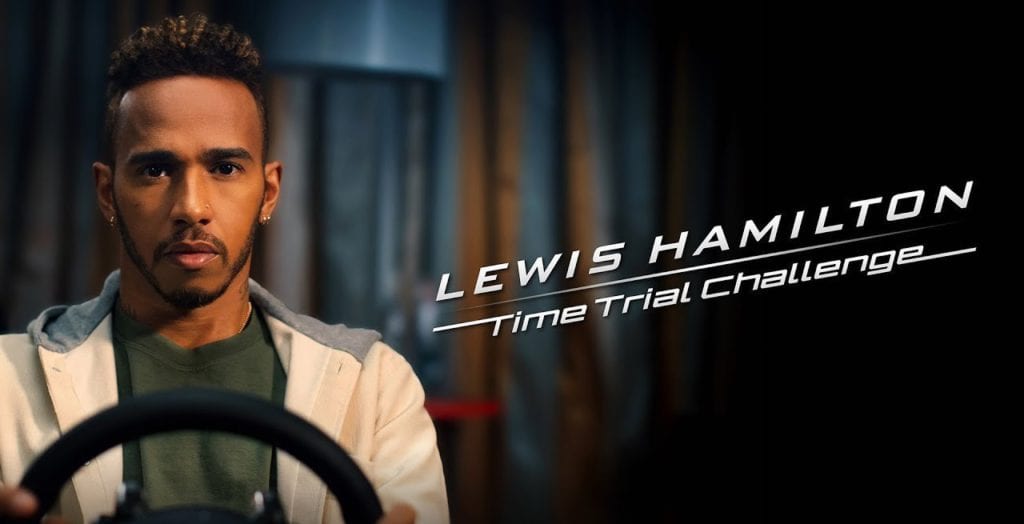