Zak Brown Has Already Made A Big Bet With Ricciardo If He Gets A McLaren Podium – WTF1
Skip to content
×
Formula 1 , Fun , News
2 comments

Daniel Ricciardo and Zak Brown have agreed a pretty cool deal for his first podium in a McLaren. Danny Ric will get to drive one of Dale Earnhardt’s race-winning NASCAR Chevrolets, which Zak owns.

One of the best stories in the heartbreaking relationship between Daniel and his ex-Renault F1 boss, Cyril Abiteboul, was the brilliant bet they made. If Daniel got on the podium, Cyril would get a tattoo!

Everyone was in on the bet, and it just made the prospect of a Danny Ric podium even sweeter! It was fantastic and probably was some of the best press Renault had in a long time. Talk of the tattoo has gone a bit cold since Daniel left the team, and Cyril was sacked as the team became Alpine over the winter, but it was still a great bit of fun between driver and boss.

As soon as Daniel arrived at McLaren, talk turned to a bet with CEO Zak Brown.

Zak has led a change in culture at McLaren since his appointment in 2016. He’s taken McLaren from an uber corporate team that existed under the no-nonsense Ron Dennis, to one of the happiest and most-loved teams in F1.

Daniel hinted at the McLaren launch in February that something was in the works: “We’ll think of something else. I know he’s got a pretty good car collection, so maybe we could just bet one of his cars or something.” Zak was definitely game for the bet.

Get us that podium and the drive is all yours, @DanielRicciardo. 😉🔑 @DaleJr @NASCAR pic.twitter.com/wyplavg8G3

Daniel and Zak have agreed that if he gets a podium for McLaren, Ricciardo will get a go in Dale Earnhardt’s 1984 Wrangler Chevrolet Monte Carlo.

In Bahrain, Zak gave him a model of the very car to tell him what he would get. Just look at how excited Daniel is!

We know how much you enjoy a podium bet, @danielricciardo.

How does a drive of one of THE most iconic cars in @ZBrownCEO’s heritage collection sound? 🤩🇺🇸 pic.twitter.com/yj17DLiEjM

That’s a pretty cool deal for Daniel. It’s no secret he’s a huge Dale Earnhardt fan and he even races with the famous number 3 as a tribute to the NASCAR legend.

Earnhardt is tied with Richard Petty and Jimmie Johnson for the most NASCAR Cup titles of all-time with seven and in the 1984 car, he won the Talladega 500 and the Atlanta 500. He came fourth that year in the standings.

As NASCAR royalty goes, this is way up there.

As a bonus for doing well at your job, this ain’t half bad either. Perhaps I should start dropping hints to my boss. How about a go in a NASCAR, Tommy?

Zak Brown has some other mega cars in his collection.

As well as old school F1 machines, and an array of expensive supercars, setting his sights on Zak’s garage is definitely a good call from Daniel.

We can’t wait for his next podium to see him have a go in that car. 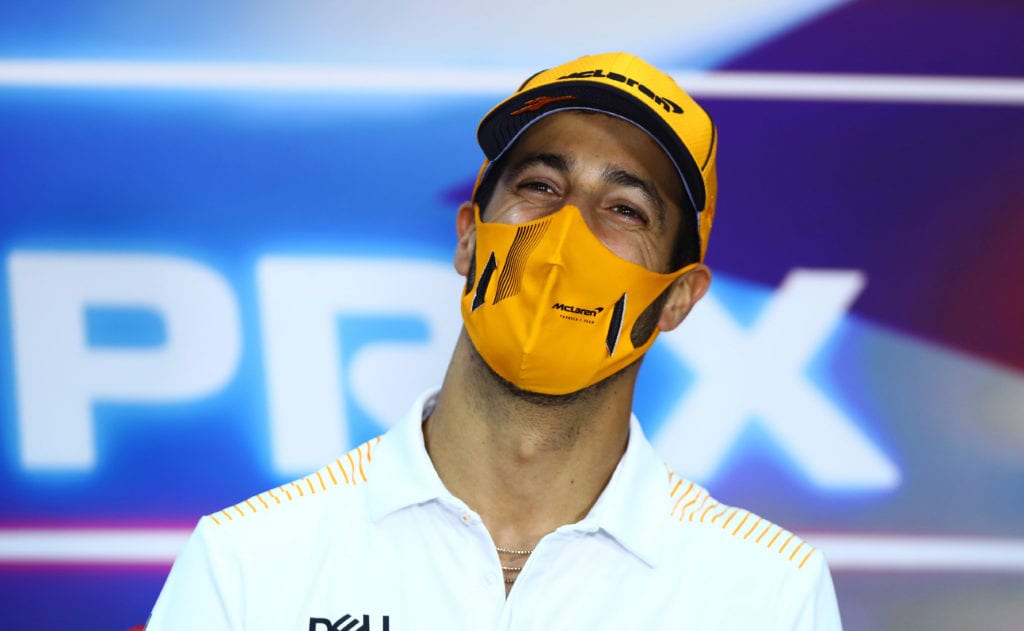