Zak Brown Says IndyCar Is Still An Option For McLaren

After a brilliant, but truncated, showing in 2017, Fernando Alonso and McLaren’s return to the 500 was welcomed with relative excitement. However, a disastrous eight-month one-off project in collaboration with Carlin and Chevrolet culminated in Alonso and McLaren missing out on making the top 33 in qualifying last weekend.

The problems in the project have been well-documented in the past week but, speaking to Racer, Brown reassured any fans/interested parties who may be concerned about a halt in McLaren’s IndyCar hopes. He said that McLaren will return for another shot at the 500, potentially with a full season entry through buying an existing IndyCar entity.

Brown also added that he can become a “better CEO” through this experience and the lessons learnt from the array of mistakes made.

“All the reasons why we think McLaren should be at Indy remain. When you’re in racing, you’re going to have highs and lows. That was obviously a very significant low, the lowest point in my 25 years of motor racing. I think you have to dust yourself off, learn by your mistakes, and come back fighting. That’s what we intend to do.

“I think in racing, you lose races. This was a very high-profile loss, but we’re racers. You take risks. Hopefully you get it right more often than you get it wrong. And we’re going to learn by this. I saw a tribute from Niki [Lauda] when he won an award at the Laureus Awards [in 2016], and he stood up and said he learned more from losing that made me a champion than from winning. I think that’s the case here, because we learned a lot.”

One of the reasons behind McLaren’s initial hesitancy to commit to a full-time IndyCar programme was the dwindling fortunes of its Formula 1 team. However, with Gil de Ferran, former Porsche LMP1 boss Andreas Seidl and Toro Rosso’s chassis guru James Key now recruited and functioning within the team, Brown believes that the idea is not so far-fetched anymore. Despite struggling for consistency at the start of 2019, McLaren now sits in reasonably solid fourth place in the Constructors’ Championship after six races.

Brown also said that the McLaren board and shareholders took the crushing blow on the chin and expressed a desire to move forward, demonstrating the long-held attitude and mindset held by McLaren throughout its history.

“There’s very good reasons why McLaren should be at Indianapolis. A big market, partners want to be there, motor business is strong there, etc. So none of those change. Fortunately now we’ve got Andreas Seidl and James Key in the Formula 1 team leadership in place. I think for sure that will help because if someone like Gil [de Ferran, sporting director] ran the program from day one, I think we’d have a different result. Would it be easier not to do something? I don’t think racers take the easy route often.”

“They had the same reaction we all had, which was to dust ourselves off. We’re racers. You’re going to win some, you’re going to lose some. Learn by it. I think it’s easy to have an initial reaction of quitting if you’re not successful at something, but I don’t think that’s the conviction of McLaren dating back to Bruce McLaren. I’ve heard the stories – obviously I wasn’t there – of when Bruce had his accident. I think it was three days later, the team was racing. That’s the tenacity that this racing team has.”

Brown refused to blame anyone by McLaren for the 500 disaster, with a multitude of problems including a lack of a steering wheel, technical issues, a crash for Alonso in practice, wrong gear ratios, inadequate setup and… the wrong shade of orange heavily contributing to the poor performance.

“I don’t want to compare other teams. It’s clear that McLaren didn’t qualify because of McLaren issues. Carlin was a service provider to help give us bandwidth. Would it have been different with a different partner? I think given the mistakes that we made, I’m not sure anyone would have got us through those other than ourselves.” 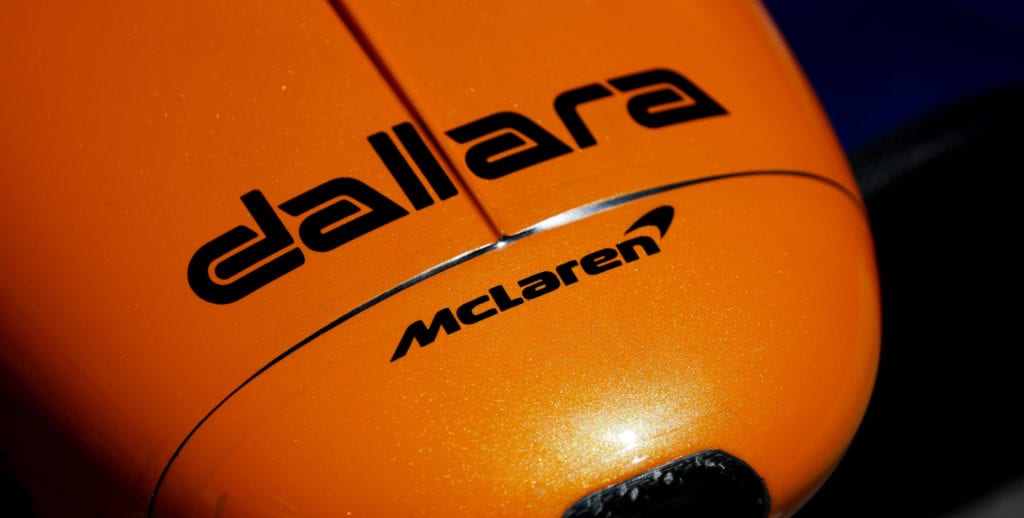