We’ve not even had our first practice session of the season, and McLaren Racing CEO Zak Brown is already firing out some spicy predictions. Talking about the 2022 grid, Brown thinks we’ll see a Max Verstappen and George Russell lineup at the Silver Arrows next year.

“I think that is the obvious conclusion,” Zak told the Daily Mail. “You’ll see Max and George there in 2022.

“Lewis wins title number eight this year and is [victorious] in every category; they have a one-year deal with him. George is coming out of his deal, and Max has a deal he comes out of.”

Now, on paper, you might think the Verstappen contract situation isn’t necessarily true. At the start of last year, Max confirmed he had signed a new contract with Red Bull until the end of 2023 – a four-year extension.

However, rumours started to circulate after Honda’s shock departure announcement that Max has a couple of clauses in the contract. Big brain time.

The first suggestion was that Max could leave Red Bull if the power unit supplier did, for any reason, pull out. Something which did end up happening just months later, much to the shock of the constructor.

Although Team Boss Christian Horner was quick to rubbish these claims, it made us wonder what other clever clauses Max had in that contract of his.

It turns out that Max does, in fact, have a performance clause and could be at the top of the list for Mercedes if Hamilton does decide this is his last season in F1.

“You have Max’s experience and youth, and you have George’s youth,” Brown continued. “If I am Mercedes, that’s a pretty killer lineup for the next five years.

“The interesting thing is, what does Red Bull do? That’s a harder one to answer.”

Zak has a point. Who do they get in to replace golden boy Verstappen? You would imagine they would keep Sergio Perez if he performs well this season, but would they bring back Alex Albon or re-promote Pierre Gasly. SO MANY QUESTIONS.

“‘It’s tough for [Red Bull]. Everyone is locked down. Lewis has spent his entire career with Mercedes, either through the works team or with McLaren, and I think as Michael Schumacher was fundamentally a Ferrari man — though he ended up with Mercedes — Lewis has this opportunity to be a career Mercedes man so I don’t know why he would move.”

What do you think about Zak’s bold predictions? Is he onto something, or do you have another idea for the Mercedes duo in 2022? 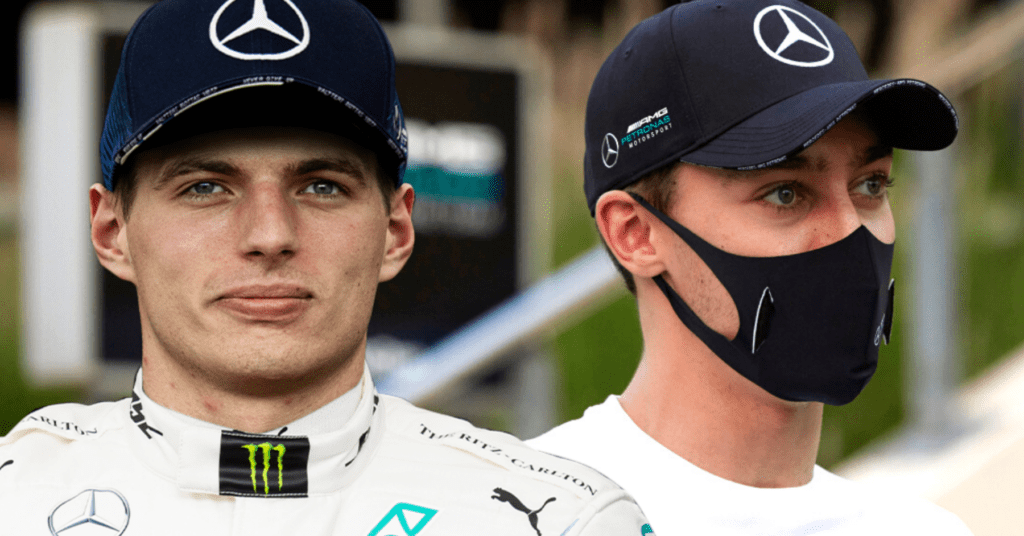